In the face of the horrible terrorist attack in Orlando this week, Senate Democrats filibustered, holding the floor of the Senate hostage in order to enact more gun control legislation. What they seem incapable of acknowledging, is that it’s not further diminution of our 2nd Amendment that needs correction, but rather a complete overhaul of the Obama Administration’s policies that enable and facilitate such heinous attacks on our own soil. 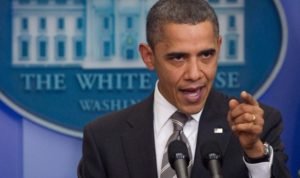 In response to the attack, President Obama showed anger and emotion, something rarely seen from him. But his rage was not directed to the homegrown terrorist who perpetrated the massacre in Orlando, rather it was aimed at his political critics, and Donald Trump, for criticizing Obama’s apparent inability to correctly identify and name the jihadist zealotry that has brought Islamic extremism to the homeland.

Obama angrily lashed out, claiming that calling such terrorism “radical Islam” is not a strategy. He is correct, it is not a “strategy.” But it is the basis for creating a strategy. Sun Tzu, the 6th century Chinese general and military strategist, perspicaciously declared, “If you know your enemies and know yourself, you will not be imperiled in a hundred battles… if you do not know your enemies nor yourself, you will be imperiled in every single battle.” Obviously, from a strategic standpoint, it’s critical to know not only yourself and your strengths and weaknesses, but also those of your enemy. And your strategy is incapacitated and fundamentally flawed if you refuse to even properly or accurately identify your enemy, especially their motivation.

Nebraska Senator Ben Sasse, correctly identified this fundamental flaw of Obama’s this week when he said to the Senate Homeland Security Committee, “Telling the truth about violent Islam is a prerequisite to a strategy – a strategy you [Obama] admitted you don’t have. It is the Commander-in-Chief’s duty to actually identify our enemies and to help the American people understand the challenge of violent Islam.” 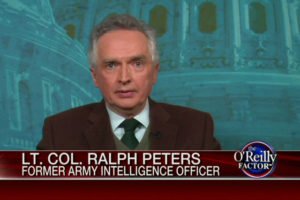 Lt. Col. Ralph Peters echoed that verity in an interview on Fox News this week. “Using the correct terminology, jihad, & radical Islam, they have legal, strategic, military, and no end of important meanings as applied to the strategy.”

He went on to provide examples of how the Obama administration has weakened our ability to address the threat, not just abroad, but even more significantly, here at home. “We’ve censored our law enforcement, the pentagon and the military. They can’t teach certain things. They can’t teach the history of jihad honestly. They can’t use these terms. The FBI is restricted from using certain terms. How does that help us?”

He concluded, “We’ve got to quit saying that this isn’t Islam. It’s part of it. Jews and Christians have no authority to say what is and isn’t Islam. Muslims have that authority, and hundreds of millions of Muslims have declared that this is it. We have to call it what it is, and what they’re telling us it is.”

Then, addressing the political component of this failure to identify the enemy, he pointed out, “The administration has allowed Muslim activists here to block certain lecturers from speaking at military schools or the FBI Academy. We have allowed radical Muslim activists here in the United States to control the curriculum at our law enforcement and military training schools. It is a phenomenal error. If we can’t teach or have an open and honest debate, hear from both sides, about the history of jihad, about radical Islam, about Wahhabism, what have we come to? This is Orwellian doublespeak: peace is war, war is peace. You’ve got to use language precisely. It has legal, military, cultural implications, and it matters to the strategy.”

In the middle of all of this extremist mayhem, and with the worst domestic terrorist attack since 9/11 serving as a backdrop, the Obama administration quietly announced this week that it’s “fast-tracking” the number of Syrian refugees coming into America. According to Avril Haines, Obama’s Deputy National Security Advisor this week, “We’re speeding up the admissions process. So far, we’ve admitted about 3,500 Syrian refugees – more in the last five weeks than in the past seven months.” 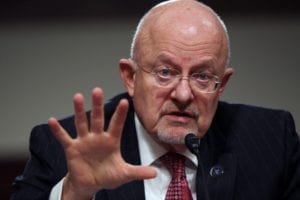 National Intelligence Director James Clapper said just a few months ago, “We don’t obviously put it past the likes of ISIL to infiltrate operatives among these refugees, so that is a huge concern of ours.” And the FBI Director James Comey said just a few months ago in a House hearing, that the government has no way to adequately screen these refugees for jihadist leanings. “We can only query against that which we have collected,” Comey said. “And so if someone has never made a ripple in the pond in Syria in a way that would get their identity or their interest reflected in our database, we can query our database until the cows come home, but there will be nothing show up because we have no record of them.” In other words, there’s no way to adequately vet them.

To make matters worse, if they could possibly be worse, the Obama administration’s Immigration and Custom’s Enforcement (ICE) has released over 86,000 illegal immigrant criminals, who committed over 231,000 crimes, just since 2010. This data was made public at a House hearing last month by Rep. Jason Chaffetz. These were aliens who illegally entered the United States, were convicted of crimes here, and then simply released upon the unsuspecting public. We have no breakdown on the nations of origin of those criminals, but considering how porous our southern border is, the odds are great that many could have extremist leanings. 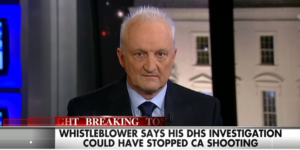 There is ample evidence that Obama’s convoluted and warped ideology carries over to domestic law enforcement. Retired Department of Homeland Security (DHS) agent Philip Haney had been running a special investigation into a worldwide Islamist movement originating from Pakistan known as Tablighi Jamaat. In the course of his investigation, Haney uncovered numerous connections between several mosques and individuals in the U.S. with known terrorists and terrorist organizations, including Al Qaida and Hamas, among others.

In an open letter to Congress just last year he explained how his program was cancelled. “Almost a year into this investigation, it was halted by [Hillary Clinton’s] State Department and the DHS Office of Civil Rights and Civil Liberties. They not only stopped us from connecting more dots, the records of our targets were deleted from the shared DHS database. [Which included over 300 suspects.] The combination of Farook’s involvement with the Dar Al Uloom Al Islamiyah Mosque and Malik’s [the San Bernardino jihadist] attendance at al Huda would have indicated, at minimum, an urgent need for comprehensive screening. Instead, Malik was able to avoid serious vetting upon entering the United States on a fiancé visa and more than a dozen Americans are dead as a result.”

He then offered this poignant observation. “The investigation was not stopped because it was ineffective, it was stopped because the Administration told us the civil rights of the foreign nationals we were investigating could be violated.” He then asked this compelling question, “When did foreign nationals gain civil rights in the United States, especially when they are associated with groups we already know are involved in terrorist activity?” 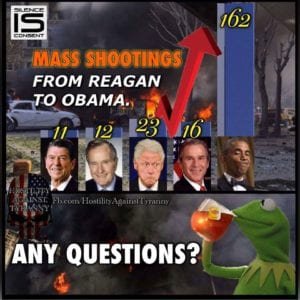 A meme circulating in social media indicates that during Ronald Reagan’s terms, there were 11 mass shootings. Under George H.W. Bush, 12. Under Bill Clinton, 23, and under George W. Bush, 16. But under the accommodating and acquiescent policies of Barack Obama’s administration, there have been 162, most of which they don’t recognize because of their diluted definition of a “mass shooting.”

More gun control is not the answer to these domestic terrorist attacks. The solution is to enforce existing laws against those who conspire to perpetrate terrorist attacks on Americans. Unleash law enforcement to employ profiling and all other effective tools go to the root of the jihadist organizations that have set up shop here at home. Take guns away, and they’ll simply change their weapon of choice, to IEDs or suicide vests. Solve the problem by going to the root, not by thrashing ineffectually at the branches.

Support Conservative Daily News with a small donation via Paypal or credit card that will go towards supporting the news and commentary you've come to appreciate.
Tags
Gun control