As everyone knows Glenn Beck was a big supporter of Ted Cruz for president, he campaigned for him, he traveled with Cruz on the campaign trail. When Mr. Beck endorsed Cruz, he said in 40 years he has never endorsed a candidate that Cruz was his man; I even read that Mr. Beck burst into tears when Cruz announced he was out of the race. I don’t know if that actually happened, but knowing Mr. Becks past reputation as a crier, I think it’s probably true.

After all Mr. Beck has said about Ted Cruz that he “was anointed for this time.” I bet Mr. Beck is sorry he said that. Let me say I have always been a fan of Mr. Beck, I don’t always agree with him, but I find him very entertaining, and he makes me laugh. After Mr. Beck dried his eyes he seemed to be almost ready to jump on the Trump Train.

He also said on that same show, “After looking at the exit polls last night, I believe the number was 30 percent of Democrats that said they will cross over and vote for Donald Trump,” Glenn said. “Ten percent, probably maybe, maybe 20 percent will just stay home, and they’ll say, ‘It doesn’t matter. But if you can get 30 percent, that shows how weak of a candidate Hillary is.”

I don’t know if all this means that Mr. Beck will campaign for Mr. Trump, but its’ a start. If Mr. Beck does jump on to the Trump Train, I know Trump will win and that’s the main thing, keeping Hillary as far away from the White House as we can, because this country can not survive another 4 years of Obama. 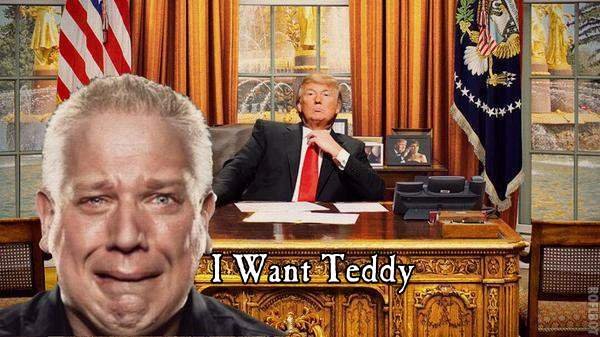 Support Conservative Daily News with a small donation via Paypal or credit card that will go towards supporting the news and commentary you've come to appreciate.
Tags
Glenn Beck Politics