It seems that a wave of sensibility has swept over the people of Massachusetts. Finally some people in that state have realized that the Democratic Party is the Party of lunacy. It seems that 20,000 Bay State Democrats have fled the party this winter, with thousands doing so to join the Republican ranks, according to the state’s top elections official.

Secretary of State William Galvin said more than 16,300 Democrats have shed their party affiliation and become independent voters since Jan. 1, while nearly 3,500 more shifted to the Massachusetts GOP. I guess after 2 terms of the worst president we have had, maybe in the history of our country, they have just said enough is enough.

What is the reason for this big switch?  “The tenor of the Republican campaign has been completely different from what we’ve seen in prior Republican presidential campaigns,” Galvin said. “You have to look no farther than the viewership for some of the televised debates. Galvin also said his “guess” is simple: “The Trump phenomenon.”

I just have to wonder what took them so long and when will the rest of the Democratic Party wake up as well. The Party of JFK is long been dead. JFK believed in small government, low taxes and a strong defense, can you show me one Democrat that believes in that today? I think not.

The Democratic Party should call themselves what they truly are, The Liberal-Progressive- Socialist Party, because that is what they have become. All you have to do is look at how many Americans are supporting Bernie Sanders who is an admitted Socialist. We can’t forget who supported Obama, The Socialist Party of America and the Communist Party of America. To tell you the truth that scares the heck out of me, millions of Socialists right here in America, government is to too big as it is, but he wants to double the size of it, maybe even triple it.

Say what you want about Donald Trump, he is bringing more people into the GOP than anyone else has done in resent memory. People may just be tired of the government growing bigger and bigger and causing more harm then good. Our Founders warned us about a Federal Government that would grow to big, that’s why they gave the power to the states, what happened to that? 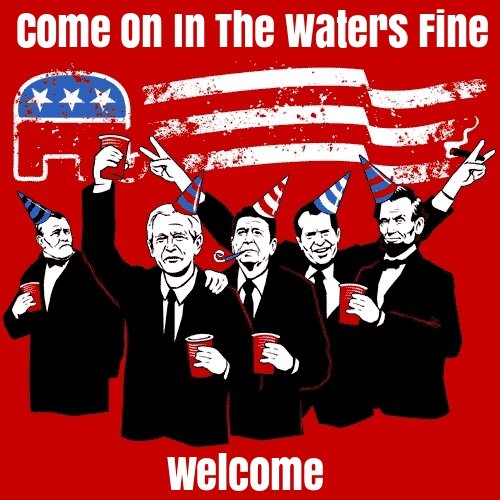