New Hampshire polls begin closing at 7pm tonight and voter turnout is massive by all measures.

Traffic was backed up for an estimated 2 miles in Merrimack, NH as the sun set on primary voting day. Precinct moderator given permission to stay open as long as she deems necessary to facilitate voting.

*update* Precinct moderator has had officials mark the end of the line. Once all people in front of the marker have voted Merrimack, NH will close and report. 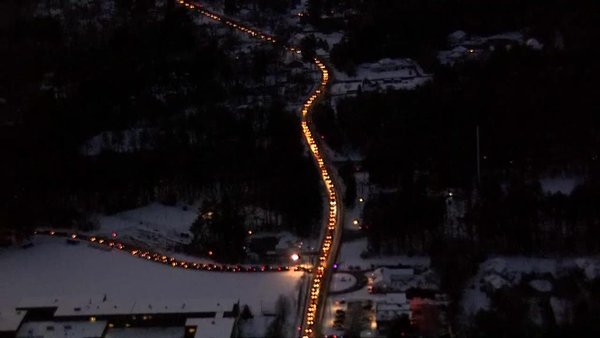 Early estimates say that 62%-65% of registered voters are flocking to the polls – numbers usually seen only in heated general elections, not the primaries.

The swing of independent voters may be indicative of the what’s to come in the general election.

In one polling location an apparent attempt by an oft ignored segment of the ‘Animal Farm’ party held things up while continuing his protest.

The Iowa Caucuses experienced record voter turnout and New Hampshire seems ready to do the same.

Support Conservative Daily News with a small donation via Paypal or credit card that will go towards supporting the news and commentary you've come to appreciate.
Tags
2016 Election News 2016 presidential candidates New Hampshire