Here we go again, another non-issue causes havoc. In a story from the New York Post, it seems a children’s picture book “A Birthday Cake for George Washington” was released Jan. 5 and had been strongly criticized for its upbeat images and story of Washington’s cook, the slave Hercules and his daughter, Delia. Its withdrawal was announced Sunday. What’s next? Will there be book burnings if someone doesn’t like its contents? Is the First Amendment still around?

The book’s publisher said, “While we have great respect for the integrity and scholarship of the author, illustrator and editor, we believe that, without more historical background on the evils of slavery than this book for younger children can provide, the book may give a false impression of the reality of the lives of slaves and therefore should be withdrawn.”

First of all, it’s a children’s book. What do they want to be in the book? Should it have shown slaves being whipped or hung. Children’s books should be upbeat, a child should be able to keep their innocence for as long as they can, anyway how many 5 year olds understand slavery?

To me this is nothing more than P.C. bullshit. Slavery is a terrible thing, but I am sure slaves had a reason to smile from time to time. “Oh, how George Washington loves his cake!” reads the author’s description of the story. “And, oh, how he depends on Hercules, his head chef, to make it for him. Hercules, a slave, takes great pride in baking the president’s cake. But this year there is one problem — they are out of sugar.” How innocent is that? How can that be harmful to a child?

In a Scholastic blog post from last week, Ganeshram, the author wrote that the story was based on historical research and meant to honor the slaves’ skill and resourcefulness.

“How could they smile? How could they be anything but unrelentingly miserable?” Ganeshram wrote. “How could they be proud to bake a cake for George Washington? The answers to those questions are complex because human nature is complex. Bizarrely and yes, disturbingly, there were some enslaved people who had a better quality of life than others and ‘close’ relationships with those who enslaved them. But they were smart enough to use those ‘advantages’ to improve their lives.” So it seems some slaves had smiled from time to time.

It seems to me that if you don’t like the book, don’t buy the book, let those who do want the book have a chance to buy the book. These white Liberals always seem to think they know what is best for the rest of the country. How can we, which call ourselves a free nation let one group of idiots dictate what we should read, what kind of country have we become? When is the majority going to start acting like we have balls again, instead of running scared any time the minority starts crying about a slave that is smiling in a children’s picture book?

I want everyone to know that I am going to buy that book for my 2 year old granddaughter; I hope that gets a Liberal mad. 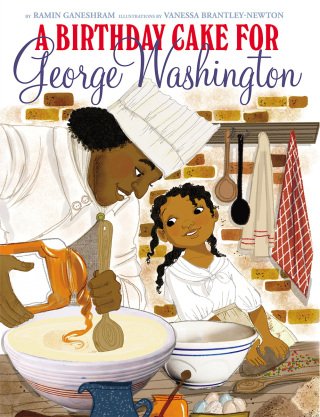