The CNN Town Hall will be held at George Mason University on Thursday night and the following email informs announced that the event will be by invitation only and not open to the public. 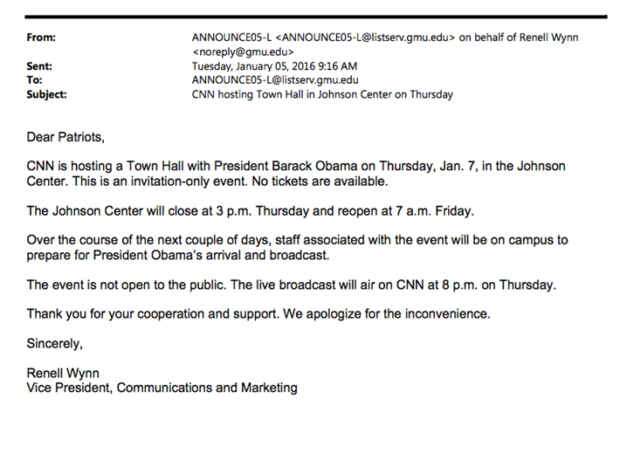 Since the crowd will be as carefully selected as attendees at a Hillary Clinton campaign stop, questions from the crowd will likely have been chosen by the White House. In other words, the only person that might ask about concerns from the perspective of legal gun ownership would be .. CNN’s Anderson Cooper …

It’s not clear why Obama needs an hour to talk about what he talked about on Monday – his talking points on gun control. His executive actions are almost entirely a commitment from the executive branch to actually enforce existing laws. The notable exceptions are the Social Security Disability and mental health information being sent to NICS for use in background checks.