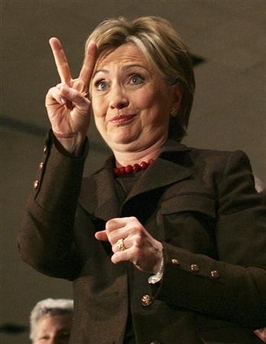 The media is all in a salacious twitter over  the fact that Ben Carson wrote in his book about him saying he had a scholarship to West Point when he didn’t go there and all military school enrollees are on as scholarship because it is a commitment. .First of all he was top in his ROTC class. Gen. Westmorland met with him and offered him a chance to go to West Point which he turned down. Since he was in high school at the time he no doubt thought it was a scholarship not knowing that all military school students are on scholarships paid by the government because it is a commitment. In a damning accusation Friday, Politico claimed Carson’s campaign “admitted he did not tell the truth” about having been accepted into the U.S. Military Academy at West Point.

A Carson spokesperson made a response to an inquiry by Politico into the veracity of a story in the surgeon’s autobiography, “Gifted Hands,” that the then-17-year-old was offered a full scholarship after a meeting in 1969 with Gen. William Westmoreland in 1969. Limbaugh: Carson is victim of ‘electronic lynching’

The same media brought up how when he was thirteen years old he attacked a relative with a knife and hit his belt buckle instead. Gee let’s go back to when he wrote on the sidewalk with chalk why don’t we.

For years, Carson has said he was offered a “full scholarship” to the U.S. Military Academy when he was a high-achieving high school Army ROTC cadet in the late 1960s. But Carson never applied to West Point, was never accepted and never received a formal scholarship offer. In fact, West Point does not offer scholarships; all cadets attend free.

The story was first reported Friday by Politico. Carson responded to the resulting controversy by saying that when he spoke of an “offer,” he referred to informal, verbal statements of encouragement from military leaders he met through the ROTC, the Reserve Officers’ Training Corps .

“I was told that because of my accomplishments, they would be able to manage to get me into West Point and that I wouldn’t have to pay anything,” Carson said on the Christian Broadcasting Network. He said he decided not to apply and went to Yale University instead to pursue medicine. “There was no application process [at West Point]. I never even started down that path,” Carson said.

But if we’re going to go down that road then remember when Hillary said she and Chelsea were on a trip to Afghanistan and they had to hunker down when they got off the helicopter to avoid sniper fire? It turned out she made the whole thing up and later said she misspoke, but the media brought it hook line and sinker and ate it up .Hillary also said the year she met Bill she was thinking about joining the marines but the recruiter didn’t approve of her thick glasses and the fact that she was a woman. It ended up she made that whole thing up too and again the media was in awe over her and brought it hook line and sinker, but that’s O.K. because after all it’s Hillary.

Along comes Obama and in his book he talked about relationships he had with girls and friends then later admitted  they were all  composites of several people he knew rolled into one character. Again the media fawned over him even though there was no proof of his birth or any transcripts from Columbia University where he claimed he attended. As the late but great talk show host Bob Grant used to say, “He’s a fake, fraud and phony.”

If you criticized Obama you were branded a racist by the media so since turnabout is fair play I guess we can call the media racists when it comes to criticizing Carson. If they criticize Carly Fiorina then we can call them sexist because I’m sure they’ll say that about Hillary’s critics. After all that’s how liberals are when they can’t win in the area of ideas.

Breitbart.com published a 1991 booklet by Barack Obama’s literary agent today that says Obama was “born in Kenya and raised in Indonesia and Hawaii.”

Obama wasn’t born in this country, but in Kenya. He’s not a Christian but a Muslim. His birth certificate is a proven forgery and had nine different errors in it, but the media doesn’t go after those things, just that Carson lied about getting into West Point when he really didn’t lie. He just “misspoke” to use Hillary’s words.

I saw this recent comment that sums it up perfectly:

Carson is being treated differently for two reasons First he isn’t a democrat black man. Democrats can’t have other blacks get the idea that not being a democrat is acceptable. After all democrats have paid all those disguised reparations known as welfare therefore blacks OWE democrats. Second the whole black president thing has been done so now it’s time for a woman then a Hispanic Latino and when the time has come then maybe transgender  president.

Challenges, Yes, But Plenty to be Thankful For