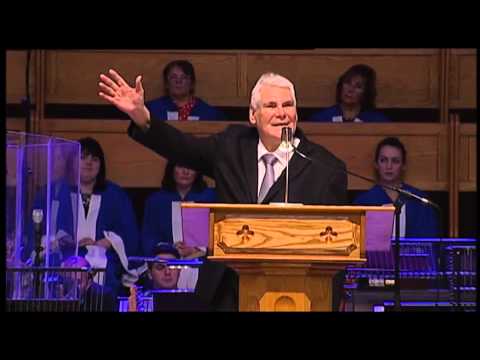 Pastor James McConnell is a Belfast, Ireland pastor who came under fire and police scrutiny earlier this year for daring to characterize Islam as heathen and Satanic.

Speaking to his congregation in north Belfast, Mr McConnell said “a new evil had arisen” and “there are cells of Muslims right throughout Britain”.

“Islam is heathen, Islam is satanic, Islam is a doctrine spawned in hell.”

He said he agreed with the late MP Enoch Powell, whose 1968 “Rivers of Blood” speech criticized immigration.

“Enoch Powell was a prophet, he called it that blood would flow on the streets and it has happened.”

Preaching the gospel should not result in government persecution. But that it was what happened here. After this sermon, the pastor was subjected to a two-hour police interrogation and was forced to apologize for his remarks to avoid prosecution. The fact is that it is not, and should not be, a ‘hate crime’ to preach the gospel of Jesus Christ and to point out the Truth even when it is not convenient or politically correct. Europe used to the bastion and protector of Christianity and now it follows the new, intolerant faith of multiculturalism, diversity, and progressivism and dares to even interfere with what is being preached from the pulpit.

What does such an incident teach us about the state of freedom of religion in the West and how far Western Civilization has fallen and strayed from the path of righteousness? We are on dangerous ground indeed when a Western government thinks it can tell a preacher what he can or cannot preach or a church what it can or cannot teach.

I am the son, grandson, and great-grandson of ministers of the gospel and so this hits home especially hard. A Christian should not be subject to a police investigation for proclaiming the teachings of the Bible in the sacred space of a church. Christians are commanded to go unto all the earth and preach the “good news” whether or not the government approves. Eleven of the twelve disciples were in fact martyred for defying the various government entities of the day for preaching Biblical truths. As Christians, we follow man’s law only as long as it does not violate what we are commanded to do and say as Christians. Once a government oversteps its bounds in that regard then we are to follow the Higher law, not man’s law. Many thanks to Pastor McConnell for daring to speak of what is contained in Scripture in spite of his government’s restrictions on speech and religious beliefs.

Either Pastor McConnell is proclaiming the truth or he is not. You be the judge.

All I have to say is “Amen, and preach it brother.” 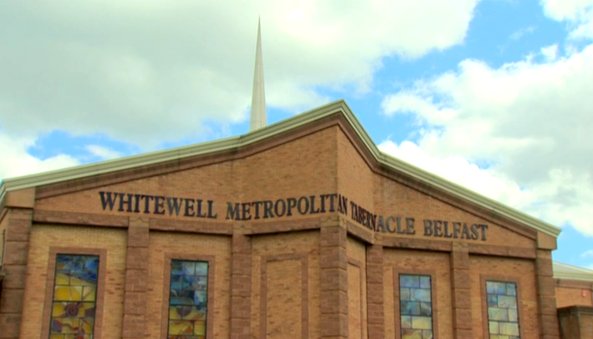 Now the Holy Spirit tells us clearly that in the last times some will turn away from the true faith; they will follow deceptive spirits and teachings that come from demons. (1 Timothy 4:1 )
Support Conservative Daily News with a small donation via Paypal or credit card that will go towards supporting the news and commentary you've come to appreciate.
Tags
freedom of religion hate speech Pastor John McConnell Videos

Global Meltdowns Over Cost Of Living Keep Getting Worse