Where: Grit and Grace on CDN on Blog Talk Radio

What: Please join Jennifer Meadows and Josh Bernstein every Thursday night from 9 -11 pm Eastern for one of the hardest hitting and content rich Conservative talk shows that takes an honest look at the issues affecting our nation. The Grit & Grace Radio Show promises our listeners no talking points, just real solutions.
~ Grit & Grace Radio Show ~ “Talk radio without talking points…”

Tonight: Declaring war on Syria… Will the US military be facing yet another war? Can anyone understand the Obama Administration’s foreign policy? Both the American public and the international community remain skeptical. This is “Obama’s War”… We’ll discuss the vote in Congress, and weigh in on the details.

At 9:30 pm Eastern, Emeal Zwayne, Executive Vice President of Living Waters Publications will be with us to discuss their movie, Evolution vs God. Emeal and Ray Comfort, Co-produced this movie to challenge the theory of evolution. Why is this an important issue? Why isn’t “Intelligent Design” being taught alongside evolution in the classroom? Has Atheism and science become the “new religion” for the educated, and informed?

After 10:00 Eastern, writer for the Examiner and Grit & Grace contributor, Joe Newby, will discuss his article about, “the editor and publisher of The Nation, who doesn’t support military action against Syria, but it appears she does support military strikes against states with voter ID laws…” Joe will tell us the latest about this outrageous story!!

Listen to internet radio with CDNews Radio on BlogTalkRadio
Support Conservative Daily News with a small donation via Paypal or credit card that will go towards supporting the news and commentary you've come to appreciate.
Tags
CDNews Radio Grit and Grace on CDN Grit and Grace Radio Jennifer Meadows Josh Bernstein 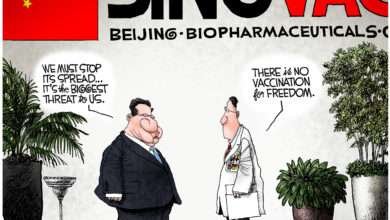