Smoking will be banned at workplaces, housing block stairwells, buses and commuter trains and within 15m of train stations and airports.

From 1 June 2014, all cafes, bars, restaurants, hotels, shops, markets, shopping centres and long-distance journeys on ships and trains will become smoke free.
The sale of tobacco will also be prohibited at street kiosks and minimum prices will be set for cigarettes.

But a government official told Bloomberg.com that its goal of cutting smoking in half, in a country where 40 percent of the citizens light up, might require more encouragement:

“The health ministry will be pushing for faster excise-tax growth,” Deputy Prime Minister Olga Golodets said in an e-mailed answer to questions from Bloomberg. “Our goal is a radical reduction of smoking. That could be reached by economic measures.”

The Health Ministry proposed raising the tax to 4,000 rubles ($125) per 1,000 cigarettes by the end of 2015, from 510 rubles, according to a letter dated Sept. 22 from Health Minister Veronika Skvortsova to Golodets obtained by Bloomberg News.

The Government approved a Finance Ministry proposal last week with a tax as high as 1,250 rubles in 2015.

In its current form, the law has no teeth–  until lawmakers approve amendments sometime next month, police can’t give tickets or impose fines for public smoking. 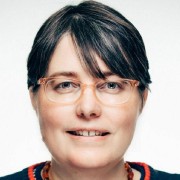