Just over a week had passed since a controversial Boy Scouts of America decision permitted openly gay members and some scouts were ready to make their sexual proclivity abundantly obvious.
A number of scouts in and around Salt Lake City marched – in clear violation of BSA rules – in a recent gay pride parade while wearing their uniforms.
“We do not, as Boy Scouts, show support for any social or political position,” said local chief scout executive Rick Barnes, explaining why the participants were warned not to take part in the event.
Scoutmaster Peter Brownstein, who reportedly helped solicit support for the scouts’ participation in the march, said the activism was “about getting the message out to America.”
That message, apparently, includes his opinion Boy Scouts are no longer bound by their honor code.
National BSA spokesman Deron Smith disagreed, saying to “simply disobey a rule because you disagree with it is not an example to set for youth.” He said any potential disciplinary action will be handled on the local level.
Still, one can scarcely blame this generation for believing rules do not apply to them. Our culture tacitly teaches certain groups – including the gay community – are always right. Any disagreement involving these protected groups is chalked up to intolerance on the part of the other party.
As with affirmative action before it, artificially rewarding certain groups based on arbitrary criteria not only stifles the liberty of everyone else – it patronizes and insults those purportedly helped.
Click here to get B. Christopher Agee’s latest book for less than $5! Like his Facebook page for engaging, relevant conservative content daily. 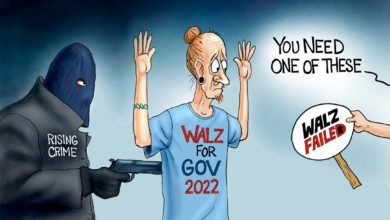