It took all of 45 minutes following the bombings at the Boston Marathon for leftwing pundits and media types to suggest that those responsible likely lean right politically. CNN’s Jake Tapper entertained national security analyst Peter Bergen on his new show, The Lead, in which Bergen said that the materials used in the bombs could be evidence that they were created by “rightwing extremists.” Charles Pierce of Esquire also suggested the bombs were the work of Timothy McVeigh-like terrorists. And not surprisingly, Chris Matthews of MSNBC wasted no time blaming “domestic terrorists” that “tend to be on the far right.”

Though terrorist activity has been a component in far right and Muslim extremist groups, the media tend to forget that there is no shortage of violence stemming from far left extremism. For a reminder, here’s a list of left wing acts of violent extremism from our recent American history.

Columbia professor in Brooklyn caught with a bomb-making factory in his home, 2008

May 19 Communist Organization participates in armored car robbery in 1981

Black Liberation Army responsible for numerous bank and armored car robberies in the 1970’s, murder of a state trooper, and charged in various terrorist plots that included fire-bombing department stores in New York

Weather Underground, brainchild of Obama pal and “guy from the neighborhood” turned professor Bill Ayers, responsible for more than 30 acts of violence and bombings from 1969 to 1987; bombings include police stations, the Pentagon, ROTC recruiting locations and more. Multiple Weather Underground members have been or continue to be on the FBI Most Wanted list

Though this is by no means a comprehensive list, it wasn’t that difficult to compile. Perhaps the media talking heads should take some time to pause and investigate before immediately rushing to blame. The bombings in Boston have more in common with Al Qaeda linked terrorist attacks than those of rightwing extremists, but no arrest has been made. Rushing to conclusions should only prove to discredit those who shoot off at the mouth in hopes of higher viewership. 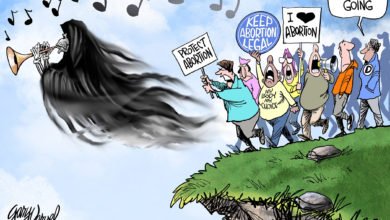