The power of this is it’s bipartisan. Everyone will be equally tee’d.

Americans recall economic booms like the San Francisco gold rush, Detroit’s bustling hay day of automobiles, Texas’ cattle and oil spikes, and the more recent technology surge of Silicon Valley. All of these have the same thing in common: Someone produced something that others wanted and entire regions of the U.S. reaped the benefit of financial windfalls.

In the 1980’s Washington D.C. was a middle class town but today it tops the list of cities in the U.S. that have the highest concentration of wealth. While the rest of America still struggles against recession Washington and its surrounding areas are flush with money. It ranks 4th in cities that are fastest for churning out millionaires and its in the top ten of all wealth statistics reported. Seven of the ten wealthiest counties in the United States border Washington D.C. It has the highest per capita income in the United States and its wealth has now surpassed that of the Silicon Valley. Washington has the lowest unemployment, the highest per capita income, uninterrupted growth and their real estate market is the most robust in the country.

So what does Washington D.C. produce to generate such wealth at a time when one in every six Americans is impoverished and one in every four has a mortgage going under? Nothing. Washington is the only American economic boom that has not produced something to account for its wealth.

The reason Washington D.C. tops all of the wealth charts is because America has a massive federal budget that also happens to be handed out by Washington. All of the money that makes Washington wealthy comes from money that they have extracted from the rest of us. They receive our tax money, they decide where it goes, how it’s spent and what it’s spent on. Fifteen percent (15%) of every tax dollar Washington spends is spent in Washington, on itself.

Washington can no longer sustain its lavish lifestyles on our tax revenues alone so now they’re borrowing money in the name of taxpayers to add to their boom arsenal. Washington demonstrates the epitome of a conspicuous consumption appetite for wealthy luxuries at taxpayers’ expense. The video below best demonstrates this.

The business of Washington D.C. is not politics. It’s not about political parties. The business of Washington D.C. is money. They don’t care which party is in power because their business is extracting money. The bigger our government the more money they have regardless of the party in power. The extraction of money is built into Washington much as a pyramid scheme. They have a baseline budget and they increase it each year even though they’re borrowing nearly 50-cents of every dollar that they spend.

The business of Washington is comparable to professional wrestling. It is not as it seems. Washington is not going to cut budgets because they make their money by growing government, not reducing it. That is their business model. The more money they add to the budget the wealthier they are. They have no incentive to reduce budgets or to cut spending. They create wealth for themselves by receiving and spending tax money, the more of it the merrier.

This is also seen with the stimulus and bailouts of banks: The rest of the country still has not pulled out of the recession but Washington is booming with cash. Washington is so awash in cash that Italian car dealerships like Ferrari, Lamborghini and Maserati, averaging a price of $325,000 per car, don’t need to advertise and the people who buy them pay cash. This comes from the dealers themselves. Lamborghini found Washington such a lucrative area for sales they put their headquarters there.

The wealth of Washington is not just because taxpayer money comes in to them. It’s also because Washington is the one that allocates where that money goes. Special interest money flows into Washington to influence the process of those decisions. A new Jet airport was built just to accommodate private corporate jets flying in and out of Washington and its slips sold out within 72-hours.

Extracting money from taxpayers has become a family business in Washington. Daughters, sons, spouses and in-laws of those sitting in Congress become lobbyists. People in Washington are either born into its eco system of money or they marry into it. The bigger the federal budget, the more money there is to spread around. This, too, is better illustrated by the video, offering a few Congressmen examples.

General Electric alone spends $107,643 every single day, 365 days a year, to influence Congress. Lobbyists pay Congressmen who’ve previously voted for bills that favor their company or industry. Many lobbyists are lobbying their own family members sitting on powerful committees. And we’ve watched Washington funnel our tax money into companies that funnel it right back into politicians’ personal campaign coffers.

Right now there are 78 members of Congress that have lobbyist family members – lobbying to them – to pass one bill or another: Twenty-seven Senators and fifty-one House representatives have family member lobbyists. Companies make more of a return on investment by lobbying than they do any other investment. A study concluded that for every $1 a company spends on a lobbyists it returns $220. That’s a 22,000% return on investment.

Today thirty major corporations spend more on lobbyists than they pay in federal taxes. GE lobbying provided them with taxpayer money for green energy, they were given tax credits and they spent considerable time carving out tax code benefits. This is how big government infects capitalism.

In Washington D.C. the mere fact that so much of the money being spent is borrowed creates job opportunities. There is a new federal agency named “The Bureau of Public Debt” hiring right now just to cope with the money that we’re spending that we cannot afford to repay.

Washington is an aristocracy: It has established a wealthy ‘permanent political class’ living off of taxpayers. Only $2.2 trillion of tax revenues come in and Washington has the arrogance to borrow the rest of a $4-trillion total. They are not worried about shrinking government or cutting budgets when they and their families’ benefit from keeping government big. What Washington is spending right now is like having a $4 trillion private equity fund at their personal disposal every year. Four-trillion dollars comprises about 25% of the entire American economy of about $16-trillion. It’s not just that all of the money is spent in Washington but it’s also that the money is controlled by Washington.

People who work on Wall Street always look at incentives, they follow the money. If you follow Washington’s money there is no incentive to shrink the federal government because the permanent political class – of both parties – are benefiting from the spending. When you see a budget debate you are watching a dog and pony show that’s playing out for your benefit.

Washington D.C. is unlike any other boom town of America’s past. Other towns created automobiles or beef cattle or technology to make themselves boom. The wealthy lifestyles of Washington, which are comparable to Beverly Hills or Wall Street, are very different from any other because they are not creating a product that people are freely choosing to buy. It is Washington’s system that is corrupt. Until we cut off that supply or reduce it, it can only get worse.

Context for this article was taken from the Special below and is not a complete picture. Beneath is a segment of that Special, “BoomTown.” Click the link beneath it for the full airing, which is highly recommended. Each segment addresses a different aspect of Washington and only when they’re brought together do you clearly see the big picture.

I strongly encourage Tea Party candidates in 2014. They are the only voices in Congress that have taken any stands in the best interest of The People. The video describes how difficult it is to garner the power needed to make these changes in Washington without succumbing to the cronyism that’s in place now. We need more Tea Party patriots so together they can be a workable force.

Unfounded character-assasinations against the Tea Party will undoubtedly increase. Big spenders reaping the most in Washington know the Tea Party is a legitimate force whose goal it is to cut their spending on themselves. It’s because the Tea Party poses a threat to their corrupt system that they resort to the demonization, Republicans and Democrats alike. Guard against attacks that have no basis in fact and speak loudly against them when they occur. Together we can fix this.

Update: This article was posted in early hours this morning. I awoke to a story about Karl Rove disparaging the Tea Party. When you see this you can know those are the political influencers you do not want in Washington for the very reasons this describes.

Click here to join the “Tea Party Community,” which is very similar to Facebook. Click here for the original Tea Party Patriots web page with more information about what the Tea Party stands for. 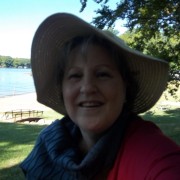