concerns they had about Rice’s misleading statements regarding the attack on the U.S. Consulate in Benghazi, Libya which resulted in the deaths of the U.S. ambassador and three other Americans have grown, not diminished.

McCain said he might oppose Rice’s nomination to replace Hillary Clinton as Secretary of State because Rice should have known the statements she made in interviews just a few days after the Sept. 11 attack were false.

In those interviews, Rice repeated the Party line about the attack having emerged from a protest over an anti-Islamist video.  Rice apparently parroted that narrative in order to satisfy the needs of Obama’s re-election campaign.  The narrative, much of which had already been repeatedly trumpeted during the Democratic National Convention was, al Qaeda had been decimated and was losing ground, public sentiments in the Middle East toward the United States had improved, and the attack was in no way connected to Obama’s foreign policy.  It was later learned there the attack was a well-organized terror assault by an al Qaeda related group timed for the anniversary of 9/11.

David Petraeus, former director of the CIA, testified under oath before a congressional investigative committee that from the beginning the CIA had advised the White House that the Benghazi attack was an organized assault by al Qaeda linked terrorists.  Petraeus also testified that the approved CIA report was later changed to diminish terrorist involvement.

After meeting with Rice, Graham, R-SC, said: “The bottom line is that I’m more disturbed than I was before … about how four Americans died in Benghazi, Libya by Ambassador Rice does not to do justice to the reality at the time.”

Support Conservative Daily News with a small donation via Paypal or credit card that will go towards supporting the news and commentary you've come to appreciate.
Tags
Politics Susan Rice 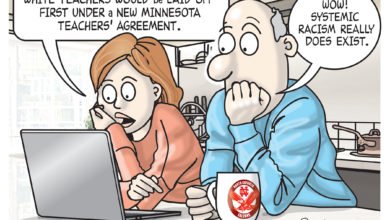