Immanuel Kant is one of the most respected moralists in the philosophical tradition. So I decided to use him as my reference when judging the moral or amoral nature of our new foreign policy. The following three statements can describe Kantian ethics best, if an action taken by a rational being covers these three imperatives, then it is in fact moral and ethical.

“Act only according to that maxim by which you can at the same time will that it would become a universal law.”

“Act in such a way that you always treat humanity, whether in your own person or in the person of any other, never simply as a means, but always at the same time as an end.”

“So act as though you were, through your maxims, a law making member of a kingdom of ends.”

On the anniversary of 9/11 riots broke out all over North Africa, Europe, the Middle East and even Australia. The most common claim to be made in regards to why is that a movie caused them to spark. A Coptic Christian in America created the cited movie, called the “The Innocence of Muslims.” I watched this movie and found it poorly made and impossible to use as a propaganda tool. So poorly made in fact it seems to reflect poorly on the maker rather than on Muslims themselves. This begs the question as to what actually caused the rioting, but that is not what this article is about. For the purposes of a moral discussion, we will discuss the Obama Administration’s reaction to the incidents as if they truly believe that the rioting and ensuing murders, most notably of an American Ambassador, were caused by offense over a film.

The Obama Administration has apologized for the movie. This is not moral in a Kantian sense. The Obama Administration had nothing to do with the movie. By apologizing they are using the filmmaker as a means and not an end within himself. In a supposedly free society the maker of the film should be asked why he made it, then people can disagree or agree whether this was a good idea at all or more importantly on the merits and de-merits of the piece.

More importantly, in regards to apologies, by apologizing the Obama Administration is making some very clear moral statements. There are no excuses for cold-blooded murder and wanton useless destruction, yet the apologies were given without caveat. By apologizing the ethical statement made by the Obama administration is that murdering innocent people because you are offended is completely moral. By apologizing you are saying the murder and destruction committed by another is in fact a reasonable and moral decision, if they feel offended. Since you cannot expect this decision in the frame of universal law (without of course dropping the world into barbarism), it is not moral in the Kantian sense, or to be quite honest, in any sane logical sense.

To continue in this vein, what is being said by these apologies? To say that it is acceptable for some people to act in a way that is barbaric within our own culture is to say that we are inherently superior. That these people are just means while we Americans are means and ends, so we should not push our morality on these sad sorry, and inferior people. One cannot have a rule of law if people are allowed to kill people for being offended. To not believe that other individuals can understand this is to be in many ways racist or in fact Islomophobic. We are not superior, and to act this way is saying that yes, in fact we are.

You are supposed to treat all people the same. “Love they neighbor as thyself,” in the Christian sense, the golden rule to others. Multiculturalism does not live up to this in anyway shape or form and at the end of the day offends all of the Muslim community while many Muslims could care less what movie some Coptic Christian in the States made. If the Obama Administration wants to show the Muslim world they respect them, they need to treat them how the treat everyone else; Or else, it is not moral, it certainly is stupid and will just get more innocent people killed American and foreigner alike. 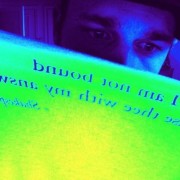