That was my first thought this morning, when I saw this segment of Fox & Friends ….. “…and we actually let these people vote?”

As it turns out, maybe Fox & Friends was actually pranked?

According to The Blaze, this…. recent college graduate is an aspiring comedian. So maybe this was just a publicity stunt?

Whether it was just a publicity stunt or… for real… one has to wonder how in the world we actually let these people vote. Our future is in the hands of these people, who seem to take nothing seriously. Is it really all just a joke to them?

UPDATE:  As it turns out, Max Rice did indeed “prank” Fox and Friends this morning. Max Rice could not even vote in 2008, because as it turns out, he was only 16-years-old at the time.

Rice said that he didn’t go on air intending to punk Carlson and Fox, but that he felt like a “character” in Fox News’ “movie” when the network fed him talking points and a narrative.

The Business Insider article states that Mr. Rice forwarded them email correspondence he had with Fox News staffers, claiming:

“They gave me a paragraph full of bulls**t talking points. … They basically gave me a speech and they thought I was supposed to have it memorized.”

Support Conservative Daily News with a small donation via Paypal or credit card that will go towards supporting the news and commentary you've come to appreciate.
Tags
Fox and Friends Max Rice prank video Videos 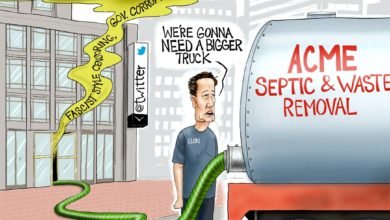