THE PLAYBOOK FOR TODAY’S DEMOCRATIC PARTY

You may or may not be familiar with Saul Alinksy. But if you’re a Liberal Democrat, you’re very familiar with his tactics and if you’re a conservative, you’re damn familiar with them after having been on the receiving end of Alinsky’s grand strategy for decades. Now – during the Age of Obama – Alinsky’s tactics are not only alive and well, but being utilized as never before in American politics.

For the record, Saul Alinsky (1909 – 1972) was a community organizer and writer, and is generally considered to be the father of modern community organizing. (Are you beginning to see where this is going?)

Alinsky’s crowning achievement, Rules For Radicals, is the quintessential playbook for Democrats. In it, liberals are meticulously instructed on how to attack their “enemies.” Hmm – when did I last hear an American president refer to the other party as enemies?Oh, wait – it was when Barack Obama went on Univision and admonished Hispanics to “punish your enemies.”

Anyway, what better time to revisit Alinsky’s Rules For Radicals than now – less than 100 days before an election that will define America for a generation or more to come. As has been my habit in the past, I’ll add a bit of color commentary along the way.

Rule 1: Power is not only what you have, but what the enemy thinks you have. Power is derived from 2 main sources – money and people. “Have-nots” must build power from flesh and blood.

Obama rails against the money of  ”special interests” and their “influence on Washington” incessantly. But – he doesn’t mind taking tens of millions of dollars from labor unions, does he? Candidate Obama pledged to John McCain in 2008 to accept federal campaign funds – only to renege on his pledge once he realized he could raise more money through labor unions and contributions from wealthy liberals.

Even more important to liberals than money, is their exploitation of people. (Think: “votes by the masses.”) The “have-nots,” as defined by Alinksy, must be exploited – through patronization and pandering – to ensure they remain on the liberal plantation. Without the votes of the “less than informed,” liberalism would cease to exist.

Rule 2: Never go outside the expertise of your people. It results in confusion, fear and retreat. Feeling secure adds to the backbone of anyone.

Liberals in Washington make it a point to know – and exploit – the rules of the game. While Obama may not (or very well may) technically break the law every time he circumvents Congress, issues an executive order ignoring federal law or otherwise makes a mockery of the Constitution, he generally knows full well that while conservatives and moderates will grumble about his usurpation of power, there’s not a damn thing they can do about it. (Yet.)

Rule 3: Whenever possible, go outside the expertise of the enemy. Look for ways to increase insecurity, anxiety and uncertainty.

Not since the days of Ronald Reagan has the Republican Party had a candidate with the ability to cut through Democrat talking points and effectively expose them for what they are: hollow code words and buzz phrases – designed solely to placate the liberal base. If Mitt Romney is to win this election, he will have to do so as well.

Rule 4: Make the enemy live up to its own book of rules. If the rule is that every letter gets a reply, send 30,000 letters. You can kill them with this because no one can possibly obey all of their own rules.

This is one of Alinsky’s “cake and eat it too rules.” It’s also where the Left is at its disingenuous hypocritical best. As previously noted, the power of money is very important to liberals – as it is to most causes. However, to hear Obama talk, it’s the single most devious thing ever created by mankind – particularly when it comes to “buying” elections. As a result, while “the people’s president” is fond of pontificating about $3.00 contributions from “ordinary folks,” make no mistake: it’s the tens of millions of dollars from labor unions (the ultimate “special interest group”), wealthy liberals and Super Pacs in which Obama is most interested.

Again, the problem is not with Democrats playing by the rules of the game; it is with the blatant hypocrisy by which they castigate Republicans for doing the same.

Rule 5: Ridicule is man’s most potent weapon. It’s hard to counterattack ridicule, and it infuriates the opposition, which then reacts to your advantage.

Can you spell “George Bush” or “Sarah Palin”? Ridicule has been a cornerstone of liberalism for as long as I can remember. Chevy Chase made a career out of ridiculing Jerry Ford for a single fall. (Ford was perhaps the most athletic of our presidents, having played football at Michigan.) They used it against Ronald Reagan (the “B” actor, who didn’t know his butt from a hole in the ground), Dan Quayle, Sarah Palin, Michele Bachmann – as they do against every conservative by whom they feel threatened. Yet – ridicule Barack Obama – and you’re a racist.

As clearly stated, the main intent is to anger the “enemy” through personal attacks – and get him to respond emotionally, which Alinsky says is to the advantage of the attacker. The “integrity” here is breathtaking, is it not?

Rule 6: A good tactic is one your people enjoy. If your people aren’t having a ball doing it, there is something very wrong with the tactic.

By the standards of decent Americans? This tactic smacks of nothing more than manipulation and exploitation.

Rule 7: A tactic that drags on for too long becomes a drag. Commitment may become ritualistic as people turn to other issues.

Notice how Alinsky constantly refers to “tactics” vs. causes or principles? And, guess what? He’s right. Tactics – such as occupying Wall Street for example, lose their steam as the occupiers begin to ask one another: “Why are we here, again?” Picketing outside the studios of Fox News or in the parking lot at Chick-fil-A always ends the same way – “Was fun for awhile,  but what the hell, I’m bored.”

Principles, on the other hand, don’t become a “drag” – they have staying power: Liberty, freedom, individualism and patriotism – they seem to have hung around for hundreds of years, haven’t they? For those of us who cherish them, that is.

Rule 8: Keep the pressure on. Never let up.

Alinsky further explains: “Keep trying new things to keep the opposition off balance. As the opposition masters one approach, hit them from the flank with something new. (Attack, attack, attack from all sides, never giving the reeling organization a chance to rest, regroup, recover and re-strategize.”

Are these the rules of engagement for American politics, or the D-Day Invasion of France? “Attack, attack, attack.” We can sum up this liberal strategy in one word:

Rule 9: The threat is more terrifying than the thing itself.

Again – should this be the theme of an American political party – or that of an old Alfred Hitchcock movie?  Or maybe right out of the playbook of Mahmoud Ahmadinejad?

When Alinsky leaked word that large numbers of poor people were going to tie up the washrooms of O’Hare Airport, Chicago city authorities quickly agreed to act on a longstanding commitment to a ghetto organization. They imagined the mayhem as thousands of passengers poured off airplanes to discover every washroom occupied. Then they imagined the international embarrassment and the damage to the city’s reputation. Alinsky: 1, Chicago: 0.

Currently, we see the efforts of the Left – including several of its Big City mayors – to intimidate Chick-fil-A into renouncing its support of traditional marriage. Fortunately, freedom-of-speech-loving Americans are reacting today in support of the restaurant chain across the country. (Did you get your nuggets today?)

One can only imagine the outcry from the Left if conservatives were to boycott Google – because Eric Schmidt, a huge Obama supporter, is pro-abortion.

Rule 10: If you push a negative hard enough, it will push through and become a positive.

Sounds awful close to Goebbels’s “If you tell a lie big enough and keep repeating it, people will eventually come to believe it”,doesn’t it?

Actually, it’s the age-old tactic practiced by children of all ages: garner sympathy. Labor unions used it in their heyday to rally public opinion for “oppressed workers” and against heartless corporations. Democrats continually remind us of the unlevel road traveled by the nation’s blacks, gays and other minorities. Obama uses it to divide Americans against one another by exploiting “those who don’t have a fair shot” at the American dream – because of the selfishness of those who have achieved success.

Rule 11: The price of a successful attack is a constructive alternative. Avoid being trapped by an opponent or an interviewer who says, “Okay, what would you do?”

Herein lies the essence of liberalism; it is precisely why most liberals make preposterous charges – fail to back them up with facts when challenged – and storm off in a fit of rage. Notice how Alinksy readily admits that being challenged to offer a “constructive alternative” is somehow a price to pay for having staged a “successful attack”?

Think about the Occupy Wall Street crowd; many of them carried the most vile signs and made the most vicious comments – not to mention committed acts of violence – but when pressed for alternatives to the very objects of their rage? They had nothin’. In fact, many of them would have been well advised to refrain from opening their mouths when microphones were stuck in their faces. No, the objective of many liberals is simply to tear down the things they despise – and leave it to someone else to figure out the alternatives after the dust has settled.

Rule 12: Pick the target, freeze it, personalize it, polarize it. Don’t try to attack abstract corporations or bureaucracies. Identify a responsible individual. Ignore attempts to shift or spread the blame.

This is the one rule at which Obama has failed miserably. While he’s had no problem picking, personalizing and polarizing targets – oil and gas, corporations, insurance companies, Wall Street, entrepreneurs and other successful Americans, he just can’t keep himself from attacking the abstract – and looking like a disingenuous fool in the process.

Nor is the Buck Passer in Chief particularly adept ignoring the urge to “shift or spread the blame.”

Much as Muslims describe Islam as the “peaceful” religion, Democrats describe themselves as the “tolerant” party of the “big tent.” Yet – it is their guru – Saul Alinsky – who admonishes them to “create confusion and fear,” “increase insecurity, anxiety and uncertainty,” “ridicule,” “threaten” and “attack” their “targets.” Go figure.

Yes, folks – Saul Alinsky is alive and well in the Age of Obama.

Support Conservative Daily News with a small donation via Paypal or credit card that will go towards supporting the news and commentary you've come to appreciate.
Tags
Barack Obama Democrats Politics Politics 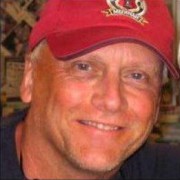 Mike has been a political junkie since he was a young boy growing up on a resort in northern Wisconsin. He writes with dry wit and a caustic sense of humor, which tends to get under the skin of those who disagree with him. As one might imagine, he delights in the mere thought of such aggravation. Mike disdains the blatant hypocrisy and "political lies" of the Left, which he defines as: Liberals saying things they know aren't true for the sole of purpose of exploiting the "less-than informed" for personal political gain. His mission is simple: Exposing the lunacy of liberalism - one post at a time.