The July 2012 jobs report was released on August 3rd 2012, and major news outlets have been reporting that the US economy added 163,000 jobs.  While the debate  rages on about the accuracy of the real number of jobs created or lost, the economic impact on young Americans has been lost in the fervor.

The jobs report revealed some startling and terrifying numbers about how the 18-29 demographic is struggling in the American economy.  To get a firm grasp on exactly how dismal the economy is for young Americans – and what can be done to reverse this trend – Conservative Daily News spoke with Paul Conway, the former US Labor Department chief of staff and current president of Generation Opportunity.

Generation Opportunity – or simply, “GO” – is a nonprofit, nonpartisan group that is “committed to addressing and working toward solutions on immediate challenges, such as the lack of job opportunities, as well as the broader underlying issues, such as debt and federal spending, that impact our economic future and sustainability.”

Q – First of all, I wan to thank you for talking with us today, Mr. Conway.  Why do you believe that the media is not including the figures from the household survey in their reporting?

A – “Well, you hope the ideal would be accurate reporting, but let me put my hat on as a former Labor Department chief of staff.  Here’s the thing about the household survey, I don’t think it is inaccurate.  I do think that some of the media want whatever the best picture is.”

Q – I have reviewed the full jobs report, and it is rather comprehensive.  Are there other pertinent aspects about the report that the media, and other outlets, are ignoring, or simply not reporting?

A –“I think sometimes the media will look at that monthly number, and that is the one thing that they will fixate on.  What they miss is the story behind the number and the people involved.  And on the larger terrain, what are the other significant factors that policymakers usually pay attention to before coming to conclusions and making decisions?

“There are some things out there that you can not ignore.  One of them is the household survey.  Also, another one is, out of the number of jobs created last month, how many of those were not full-time jobs?

“Yet another thing that can not be ignored is, of the jobs being created, how many of those jobs are going to older workers versus younger workers – which the majority of them were last month [June], and again this month [July].

“Also, the rate of new job creation.  In order to significantly take down high unemployment numbers, it takes between 250,000 and 400,000 jobs per month; depending on who you talk to, and there’s a great economic research team at the University of Maryland.”

Q – Do you think the media and policymakers fixate on that positive monthly number in order to further their own agenda, or to keep the public calm and prevent panic?

A – “That’s a very interesting question.  I think there are some that will look at the number and see if it fits a particular narrative, and I don’t think that is a good thing.  Whether there is a sincere effort by some to do that, I would say absolutely.  People will look at that [jobs report] and say ‘wow, look at that, let’s celebrate 160,ooo jobs!’.

“I saw one report where the uptick in job creaton number basically turns in to 35 new jobs per major city across the U.S. last month.  So if you created 35 jobs in Manhattan, is that a success?  No, it’s not.  What you need is a sustained period of job creation at the multi-hundred thousand level, just to start moving the unemployment number down.”

Q – Since it will take a significant number of jobs to begin a recovery, of sorts, what sector of the workforce in the July jobs report is the most affected, or which demographic will require the most jobs?

A – “If you look at the unemployment number for young adults – we had 8.3% come out [overall] – let’s take a look at the hardest hit demographic.  No one really wants to talk about it, and those are young Americans.  That [unemployment] number is 12.7%.”

What people don’t like to talk about is that there are an additional 1.7 million young adults who are no longer counted by the federal government.  If you take those 1.7 million young adults, and add it to the 12.7% that were counted, and we have 16.7% unemployment among young Americans.  What do you think the public would do if they knew that among adults aged 18-29, almost 17% of them were unemployed?

“This is a national issue, but people only want to talk about 8.3 percent, and somehow that’s normal.”

Q – Being in the 18-29 demographic myself, do you believe that having more than one-sixth of us out of work will be a hindrance to young Americans becoming entrepreneurs?

A – “Absolutely.  When you look at some of the best innovation that has come out of our country, they actually come from the folks who are young and took a risk.  This question is great because of how you are looking at it, and that is long-term.

“With almost 20% of young adults sitting on the sidelines of the American economy, all of that creativity, drive, and initiative; what does it do for American competitiveness in the face of China and India in 2 years, 5 years, and 10 years from now?  It’s a much different story when you look at it in the context of the bigger picture of the world stage and the U.S.”

Q – As president of Generation Opportunity, your organization focuses on helping my age bracket.  With Generation Opportunity’s “Call The White House Initiative”, do you think that making our voices heard in the White House would be more effective than calling the policy-makers who can draft and pass legislation that benefits established businesses and would-be entrepreneurs?  Or would calling both be best?

A – “What you are looking at is actually a series of tactics and initiatives that we are rolling out, and you are in the midst of watching it come out in full force.  What you will be seeing more of in the next several weeks is an aggressive campaign for young adults to make their voice heard in Congress, as well.  You can sign up on our website and it will allow you to find out who your legislators are, what the current issues and bills are, can also contact their representative and senator, as well as various committee chairs.

“So you are actually watching the emergence of several different tactics and initiatives, and ‘Call The White House’ is just one of those.  This is just the opening round.”

Q – I ran for US Congress in 2010 – starting my campaign at age 25.  Does Generation Opportunity have any plans on supporting actions to get young adults into public office in order to get that creativity, energy, and personal initiative – which you mentioned previously – into policy-making positions?

A – “When we put together our plan, we looked at what our long-term objective was, and what we wanted to do.  The long term objective for us is to serve as an education platform for young Americans, and to provide a tremendous about of resources for them.

“As far as candidate endorsement, we decided that we would not do that because it is better for us to serve as a vehicle for long-term education.  As an organization, we feel that in the long term is is better to identify with principle rather than a personality.”

Q – What principles does Generation Opportunity identify with, or espouse, as an organization?

A – “We organized on three principles.  Those three principles are, number one: Greater economic opportunity for all Americans.  The second is, advancement and defense – and I emphasize defense – of individual freedom: especially in the face of the federal government whose policy tries to dictate what the size and scale of liberty is.  The third is the size and scope of government

“Those principles have given us access to a very broad spectrum of people who are frustrated and want to make changes.  Our principles have attracted conservatives, libertarians, disaffected Obama supporters, and many more.  We have provided a large number of materials and resources on our website already, such as training guides and links to policy, so that people can become more engaged in the process.”

Q – Mr. Conway, unfortunately, it seems that we are out of time for today.  I want to again thank you for joining us, and I hope to speak with you again in the future. 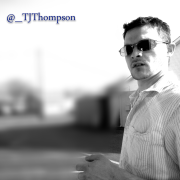