Video blogger Nutnfancy gives his take on politics…. Barack Obama in particular. The video is very long, and a bit rambling in the beginning, but an interesting video. You may want to skip to about 3:30 in the video, if you want to skip the rambling introduction.

Do you want to accelerate the loss of freedom or slow it down? In this Nutnfancy philosophy video I pose that simple question many times to the viewer. Maybe that’s what our election choices boil down to with the reelection of “King Obama” and Mitt Romney. Where’s the Reagan in our choices? Sorry he’s gone. We will have to deal with the political realities of Politics 2012 instead of complaining incessantly of how we wish things were different and ultimately taking ourselves out of the fight. As Americans we WILL make decisions on this process even if, foolishly, we decide NOT to vote. Maybe not the conservative we wanted, Romney is still a moral man with some strong points in his platform which I urge you to consider here. He is WORLD’S better than Obama and anyone who says they’re the same is ignorant. Some have taken extreme positions and yet choose not to participate in the peaceful political process leaving the true patriot out there to get the work done. Much rides on this election and once freedom is LOST is hard won back, if at all. Draconian measures against your freedoms in gun rights for instance are just a vote away. Choose wisely, don’t give up, and participate.

Support Conservative Daily News with a small donation via Paypal or credit card that will go towards supporting the news and commentary you've come to appreciate.
Tags
Barack Obama Nutnfancy Project Videos 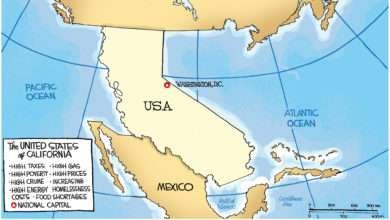