The Washington Free Beacon reported that the House Committee on Oversight and Government Reform has obtained new emails that show direct involvement between the White House and the Department of Energy over its disastrous green energy loan program.

“Department of Energy’s credibility is thin, and I’m currently trying to put off communications with people on the Hill,” Brightsource CEO John Woolard wrote to Matt Rogers, senior adviser to the secretary of energy for the Recovery Act.

Brightsource received a conditional loan guarantee worth $1.6 billion in taxpayer dollars to build a solar farm in California.

“Also, Darbee at PG&E talked directly to Obama about the program’s challenges and the bad situation it puts him in,” Woolard wrote in the email.

That was a reference to Peter Darbee, the former CEO of Pacific Gas and Electric.

PG&E has entered into power purchase agreements with Brightsource for its new solar project. As previously reported by the Free Beacon, PG&E is an aggressive purchaser of renewable power in California and has a formidable presence on Capitol Hill. The company has spent $82.3 million on lobbying since 2008, and the company’s political action committee has given nearly $380,000 to Democrats since 2008.

The White House has maintained the narrative that no influence was exerted with these companies, but that appears to be a false claim.

This is part of a litany of developments that show crony capitalism and wasteful spending.  In Nevada, Americans for Prosperity uncovered more waste from the Section 1603 program with the revelation that only 5,500 full time jobs have been created through green energy initiatives.  That’s $2 million per job!

Moreover, “Energy from the solar plant will cost ratepayers nearly three times more than energy from natural gas. (This is thanks to mandates from the state government; it enacted a Renewable Portfolio Standard of 25 percent “green” energy by 2025.)”

However, Obama has also wasted money in the areas of research and development.  According to MyGovCost.org:

The NBC Investigative Unit has raised questions about two grants totaling nearly $1.5 million dollars distributed to the University of California San Francisco. The money was part of the federal stimulus program and went to studies into the erectile dysfunction of overweight middle aged men and the accurate reporting of someone’s sexual history.

Here’s the $726,805 grant the government issued for the research into the erectile dysfunction of overweight middle-age men, which created 1.61 jobs according to the government’s estimates and which, apparently, is now more than 50% completed.

As for the study into how to improve the surveys in which data about individual sexual histories are collected, here’s the $1,260,717 grant, which as of May 15, 2012 is reported by the federal government to have resulted in the creation of 0.78 jobs, which is down from the 0.85 jobs that the NBC Bay Area Investigative Team reported just a day earlier.

Let’s give a round of applause to the stimulus’s resounding success! 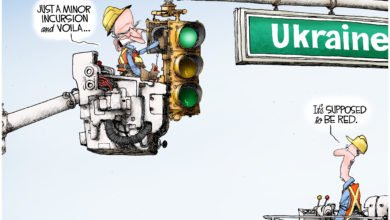