After winning the trifecta of delegates in DC, Maryland, and Wisconsin Mitt Romney looks like he’s on a roll. Is it time for the other candidates to step aside and allow the Republican Party to begin coalescing?

Can Republicans afford for Rick Santorum to stay in the fight? A new PPP poll has Romney overtaking Santorum in Pennsylvania.  How much damage will a Pennsylvania loss do to Rick Santorum’s future aspirations? We are reminded that he is a young candidate and looking towards the next one or two election cycles will have time to form a stronger political machine necessary to run for president.

Many are asking why Gingrich is still in the race. He did demonstrate that one can be out of the public eye for twenty years and yet still remain relevant. But to what end? Santorum supporters believe that Gingrich is splitting the ‘true conservative’ vote; that the race would have been much closer if Gingrich had bowed out earlier.

The blog-o-sphere is rife with opinions and questions. How much damage are Republican candidates doing to the party? To the final nominee? Can the GOP come together with enough support to win in November? Even with a poor record, an incumbent president will be difficult to beat.

The ‘Anyone but Mitt’ group still seems to be looking for their candidate. Is the anger towards ‘ObamaCare’ so powerful that the Anti-Mitt crowd will lose sight of the bigger prize? Or are conservatives willing to believe when Romney says emphatically that he will repeal the Health Care law? The strong showing in Wisconsin and possible surge in Santorum’s home state seem to indicate that more are seeing Romney as the likely candidate and one who might beat Obama.

For many conservative voters Mitt Romney was not the first choice. But they could remember he was seen by many as the more conservative candidate when running against John McCain in 2008. He might not have all the social conservative views that the religious right espouse but he his business background and fiscal experience are causing many to lean his direction. Recent endorsements by Tea Party favorites Marco Rubio (FL), Ron Johnson (WI) and even Jim DeMint (SC) should be worth review by fiscal conservatives.

There are rumors today that Santorum and Gingrich may unite. But is it too late? To paraphrase the colloquialism, the fat lady might not yet be singing, but she may be warming up.

Support Conservative Daily News with a small donation via Paypal or credit card that will go towards supporting the news and commentary you've come to appreciate.
Tags
Conservative News Mitt Romney Politics Rick Santorum The 2012 Election 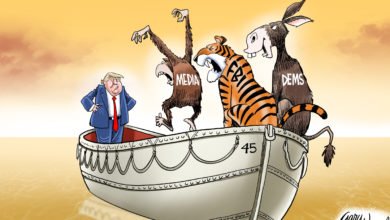