The average American college student is too young to even have been born when the Soviet Union was still around. An entire generation has grown up since the Cold War ended. They have put a big distance of time between us and the Soviet Union, the most formidable threat to freedom the world has ever seen.

In one way this is of course very good. Despite the problems Russia faces today, life is indeed better for hundreds of millions of people from Saxony in East Germany to Sakhalin in East Russia. But this also means that the younger generation can no longer witness with their own eyes what Communism means. They cannot share the very tangible experience I had in 1988 when I walked along the East Side of the Berlin Wall, realizing the profound nature of the evil that Communism represented.

You need not have hands-on experience with tyranny to understand that it is evil. It helps, of course, but a thorough education on it should suffice.

I am concerned, though, that we are slowly but steadily forgetting what the evil face of totalitarianism looks like. I worry that with time, we will lose our collective memory of oppression in the name of an ideology.

As we lose sight of the Evil Empire and its desire to eradicate the free world, we also lose our ability to recognize totalitarian character traits in our own policies, right here at home. Legislation that would never have been passed into law in the 1980s can now become the law of the land. Without the absolute evil of communism staring us in the face, we lose the ability to see the absolute good in freedom.

It is against this background that I believe we need to view the following change in how the IRS enforces tax compliance among American citizens. A report by Fox Business News reports about a new, bizarre law authorizing the IRS to revoke your travel rights:

A new bill making its way through Congress could allow the federal government to prevent Americans who owe back taxes from leaving the country. The provision is part of Senate Bill 1813, which was introduced by Senator Barbara Boxer (D-CA) in November and passed by the Senate on March 14 “to reauthorize Federal-aid highway and highway safety construction programs, and for other purposes.” Those “other purposes” have come to include a little-known amendment recently introduced by Senate Majority Leader Harry Reid that would allow the State Department to revoke, deny or limit passports for anyone the Internal Revenue Service certifies as having “a seriously delinquent tax debt in an amount in excess of $50,000.”

In other words, this bill would allow the federal government to effectively put a Berlin Wall around the country and only allow people to leave who, according to the Internal Revenue Service, have paid their taxes in good order. If the individual taxpayer says he has paid his taxes, he does not have the right to contest the ruling by the IRS in court. When it comes to your travel rights, the IRS is the final arbiter of whether or not you owe any taxes.

First of all, this is a frightening perspective on the abuse of government powers given that both presidents Nixon and Obama have been accused of using the IRS to target political enemies. Since all it would take now for someone to be deprived of the right to travel abroad is an accusation from the IRS, the threshold for power abuse has been lowered to disturbing levels.

Secondly, beyond the immediate concerns for individual freedom there is the question of the purpose of this law. It is put in place, evidently, to guarantee tax compliance by high-income earners. The federal government sees this need, in turn, because Congress wants to preserve all its spending, all its entitlements – its welfare state, for short.

This means that Congress is willing to let the ideology of the welfare state supersede the inalienable right of American citizens to freely travel as they please.

It is important to point out that the federal government’s eagerness to defend the welfare state is not the result of the same profoundly evil intentions that drove the communist governments in the Soviet empire. I grew up during the Cold War, I visited both the Soviet Union and most of its Eastern European satellite states. I know it as well as you can know it without actually having lived under its boot. There is a world of difference between one single law to restrict the freedom of some Americans, and an all-out assault on individual freedom as in the Soviet Union.

That said, let us also notice the metaphorical meaning of the old Swedish saying: many small creeks add up to a mighty river. An individual piece of legislation such as this one, that places one type of restriction on individual freedom, does not make America a totalitarian country. But the cumulative effect of many small pieces of legislation can be very troubling, much sooner than we tend to believe.

A common denominator to all authoritarian legislation is that it puts the interests of government above the interests of the people. This piece of legislation is a case in point. Government, in the form of Congress, has an interest in preserving our entitlement programs and our welfare state. It is willing to do so even if it means that they have to make very deep incursions into our liberty.

It has been said that the difference between the welfare state and the totalitarian state is a matter of time. Europe has recently had experiences that reinforces this chilling warning. The more of these draconian, freedom-stifling pieces of legislation we pass, the closer we nudge ourselves to the edge of tyranny. When each piece of legislation is motivated by an allegedly good cause – in this case to raise more taxes for government spending – the slow slide into the dungeons of totalitarianism is even less visible to the naked eye.

This makes our slow, steady move in the wrong direction all the more serious. It is motivated by the pursuit of a “good cause”, namely the spending on entitlements that supposedly makes life easier for the poor. Consequently, government can motivate its virtual Berlin Wall with its self-purported benevolence. Thereby it looks like the price paid by those who lose their freedom is worth paying.

Support Conservative Daily News with a small donation via Paypal or credit card that will go towards supporting the news and commentary you've come to appreciate.
Tags
individual freedom Politics The welfare state 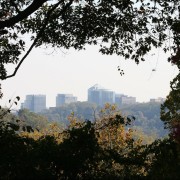