The peaceful serenity of the Egyptian desert was shattered this week by fear when Egyptian Bedouins in the Sinai captured American tourists, robbed them of cell phones, watches and other belongings and held them for ransom.

The French news outlet AFP (Agency French Press) reports the nomadic people demanded that relatives being held in Egyptian jails be released in exchange for the American tourists. As of this writing, the two American tourists, age 60 and 65, have been released. There has been no word on the status of the local guide who was kidnapped with them. The Bedouins are amongst the most disaffected under the Egyptian government. Following the revolution last year, security in the region has deteriorated, allowing the nomadic people more freedom of movement, which they’ve used as another opportunity to resist the military government.

The kidnapping occurred in the mountainous region between The Monastery of St. Catherine’s at the foot of Mount Sinai and the Red Sea resort of Sharm El Sheikh. Masked men armed with guns boarded the bus, took the two Americans off the bus along with a local guide, and fled into the desert. There has been no word as to how many others were on the bus with them or their nationalities. Saint Catherine’s monastery lies at the foot of the mountain many believe to be the spot where the Jewish Prophet Moses received the Ten Commandments on two tablets of stone. Many Jewish and Christian pilgrims visit the site every year. Sharm El Sheikh is a popular tourist resort ironically called “The City of Peace” because of the many international peace conferences held there. Google maps was unable to track a route between the two locations, but a map of the Sinai Peninsula is included below.

Shortly after the kidnapping, the Egyptian military deployed an aircraft to search for the missing tourists. Officials with the Egyptian government have been in contact with the kidnappers in negotiations to secure the release of the tourist.

These events occur amidst the backdrop of unrest around the country. Days ago Bedouins kidnapped 25 Chinese workers in the north of the country and held them for ransom, demanding the release of terrorists jailed in connection to bombings in the country in 2004 and 2006. A French tourist was killed in Sharm El Sheikh in a shooting at the resort town over the weekend. Over 70 people were killed at a soccer match when a violent riot occurred after a game there.

On the same day as the kidnapping, two Italians were stopped in their car and their belongings including their laptops were taken, the U.K. Guardian reports.

The military-run Egyptian government that assumed control after the displacement of Hosni Mubarak in the revolution that happened last year has shown a degree of paranoia in regards to outside interference. Many Americans have sought refuge at the US Embassy in Cairo to avoid a government crackdown on international democracy and civil rights organizational activities. US Transportation Secretary Ray LaHood’s son Sam is one of the Americans who is being denied permission to leave because of his involvement in such groups. Late last year American college students were detained and released for allegedly participating in ant-government protests and throwing Molotov cocktails.

When all is said and done, Egypt, which makes much of its annual revenue from the tourist trade and the tolls from the Suez Canal, seems to be becoming more and more unsafe for foreigners. 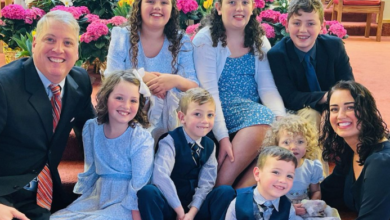