NEW ALBANY, Miss., Nov. 22, 2011  — Following the defeat of Personhood Amendment 26, Personhood Mississippi commissioned a post-election poll to determine what factors influenced voters. Surprisingly, the poll determined that only 8% of those who voted “no” did so because they are pro-choice.

The nation has watched the Mississippi election closely, and there has been much speculation as to what may have caused the unanticipated defeat. Proponents were repeatedly quoted as saying that the amendment could not ban in vitro fertilization, contraception, or healthcare for women. Their statements were correlated by the Mississippi Center for Public Policy, along with many other prominent Mississippi attorneys, doctors, and politicians.

Yet, despite these expert statements and testimonies as to the effects of Amendment 26, Planned Parenthood (under the guise of Mississippians for Healthy Families), persisted in lying to Mississippi voters, propagating scare tactics that were proven false numerous times. As of October 31, with well over a week to go before the election, they reported a hefty $1,030,000 poured into Mississippi from out of state Planned Parenthood affiliates alone.

“Planned Parenthood pulled the wool over the eyes of Mississippians, and I believe that voters will be shocked to learn the truth,” commented Les Riley, founder of Personhood Mississippi and sponsor of the initiative. “They must have been desperate to lie about so many things so often. But beyond the lies, it’s terrible to know that they likely used my own tax dollars to lie to the people of my state. Planned Parenthood reports over $350 million in government funding, and it appears they used well over a million of their government dollars to lie to people in Mississippi.”

The new poll reveals that Planned Parenthood’s willful deceit, which also raised doubts in the mind of Governor Haley Barbour, caused the defeat of Amendment 26.

Governor Barbour previously stated that he had concerns about the amendment, all of which were the same issues that Planned Parenthood used to deceive voters. Barbour did vote “yes” on the amendment, yet even after he announced that he had voted “yes” Planned Parenthood persisted in running television ads and telephone calls misleading voters to believe he had voted “no.” As a result, 12% of voters polled said that they were swayed to vote “no” by Haley Barbour.

Among the most shocking, 31% voted “no” because they thought it would ban in vitro fertilization, a direct lie from the Planned Parenthood camp.

28% of voters polled voted “no” because they believed the Planned Parenthood lie that women would be denied treatment for ectopic pregnancy.

“My family and I invested years of work into this amendment, only to have the largest abortion provider in the country invade Mississippi with their anti-family rhetoric,” continued Riley. “Knowing that Mississippi voted ‘no’ because of lies from our opponents makes me more determined than ever to try again, defending the rights of all Mississippians.”

Only 24 people out of 10,000 polled voted “no” because there were no exceptions for rape and incest, indicating that most voters understand that the human being in the womb is a person, no matter the circumstances of their conception. 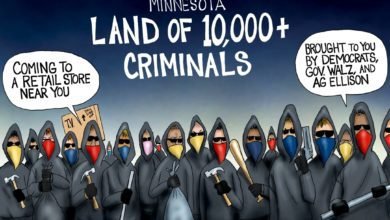