The interview, in question, was pretty lengthy, as MSNBC has it broken up into three parts.  You can see them here, here, and here.

Now, I know many of you don’t expect outstanding journalism from MSNBC, and for the most part, I don’t either, but… This was pretty bad.  In part one of the interview, Lawrence O’Donnell chastises Herman Cain for not being more involved with the Civil Rights movement.  He actually gives Cain a hard time, because Cain said he sat in the back of the bus, so he wouldn’t get in trouble.  Keep in mind that Herman Cain is a man who got his Masters Degree and has been very successful in many industries; Cain is not wired to be a "trouble maker".  That wasn’t good enough for O’Donnell.  The MSNBC anchor pushed him and implied that progress in the Civil Rights movement would have never been made, if all of the black people just sat in the back of the bus.  It was a very awkward and terrible segment.  It’s actually what I was going to write about at first…..  But then I saw part two of the interview, and what I saw upset me so much that I stopped watching and began writing the words you’re looking at right now.

The subject was Herman Cain’s service to this country during the Viet Nam War.  The short story is this:  Herman Cain went to college (got a masters degree, even) and worked for the Department of the Navy doing analysis that helped with ballistic weapons.  Lawrence O’Donnell then went on to accuse Herman Cain of being a draft dodger, because he didn’t VOLUNTEER to go.  (Cain was actually available for the draft, but his number was never called)  Here’s some of their conversation below:

Cain:  Now, your choice of words… "How did I avoid the Viet Nam War?"  I wasn’t trying to avoid the Viet Nam War.  Here’s what happened, Lawrence…  I was working in a critical area called "exterior ballistics".  I worked on something called the "rocket assisted projectile" for the department of the Navy.

Cain then went on to say:

Cain:  …When they had the (draft) lottery, I made myself available.  The year that they had the lottery for the draft, they did not draft me, because they did not get to my number.  So I think that’s a poor choice of words on your part to say that "I avoided the Viet Nam War".

Lawrence:  I am offended on behalf of all of the veterans of the VIet Nam War who joined, Mr. Cain.  The veterans who did not wait to be drafted, like John Kerry, who joined.  They didn’t sit there and wait to find out what their draft board was gonna do.  They had the courage to join and to go and fight that war.  What prevented you from joining, and what gives you the feeling that after having made that choice, you should be the Commander in Chief?

Alright… Let me get my snarky thought out of the way first.  Mr. O’donnell, what made Barack Obama think he should be the Commander in Chief?  Was it all of the flyers he stapled to telephone poles on the south side of Chicago?  Was it his church that said we "deserved 9/11 to happen to us"?  Was it his wife who had never been proud of America?  What, Mr. O’Donnell, made our current president think he "should be Commander in Chief"?

Secondly, I rarely pull the military card, but I have served this nation honorably, and I can tell you things that might not be common knowledge.  Herman Cain might not have gone off to the Viet Nam War to go live what has been described by many to be hell, but he did do work that helped make life less of a hell for the service members who did go.  He stayed in the United States and helped the military develop artillery.  When I was in the service, I cannot tell you how thankful I was to civil servants and contractors who made our weapons for us.

See, I don’t know if many people realize it or not, but our warriors don’t work in the factories that make the many weapon systems that we use, and they don’t design them either.  They may have input on what ends up being developed, but it is civilians who bust their humps here in the United States that actually provide us with the tools that we need.  Herman Cain was providing those tools.  It is asinine to say that Herman Cain did not serve during the Viet Nam War.  He was helping develop weapons systems while he was in the draft pool.  The man didn’t "dodge" anything, and he did more to serve this country than President Obama ever chose to do.

That segment of the interview was infuriating for me to watch.  It was honestly one of the most disrespectful and least truthful things I have seen a supposed journalist do.  Herman Cain helped work on the weapons that service members were using to fight the war.  You don’t have to stand on the front line to play a part in winning the war, and again, Cain has done more to serve this country than President Obama ever thought to do.  He’s created more jobs too, but that’s beside the point.

Before I go, I thought you might like to see an example of what "rocket assisted projectiles" does.  Maybe this will give you an idea of why I said service members would find what Cain did to be helpful.  Click here, and enjoy.

Support Conservative Daily News with a small donation via Paypal or credit card that will go towards supporting the news and commentary you've come to appreciate.
Tags
draft Herman Cain MSNBC Politics war 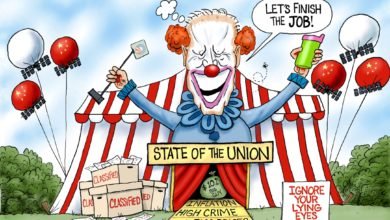