Appearing at a People Against Dangerous Environmentalism (PADE – pronounced ‘paid’) event, former Vice President Al Gore said that the spotted owl, delta smelt and albino salamander are to blame for the warming of the earth. The sudden proliferation of those protected species and the sudden over-reliance upon solar farms and windmills is creating a warming effect in the atmosphere directly over so-called “green states”.

Having recently pointed out that everything from breathing to cow farts were contributing to man-made global warming, Mr. Gore now explains how environmentalism has become a major contributor to the problem.

There are entire companies springing-up that promote the protection of certain animals and certain types of green energy. Some of them are OK, especially the ones I have a financial stake in. The others, however, are dangerous and we must shut them down – or take them over if that’s to my .. er .. our advantage.

Gore has recently railed against people that eat beef, farmers, people who walk on the left side of the sidewalk, take up two parking spots and “idiots that take the last cup of coffee without making a new pot”. “I can’t believe that everyone isn’t mad at those people. They’re wrong, all of them, and their killing our children – and also – grandma.”

Not everyone is falling in-line with Al’s version of climatology and he’s not taking it sitting down. In a recent conversation with Alex Bogusky, he paralleled climate skepticism to racism saying, “When racist comments would come up in the course of conversations, There came a time when people said, ‘Hey man, why do you talk that way? That’s wrong, I don’t go for that, so don’t talk that way around me. I just don’t believe that.”

Gore also recently visited a solar energy plant in the middle of a baron desert where he scolded the plant owners. After expressing his concerns for the safety of plant workers due to “attacks by spice worms”, Al Gore turned his focus to the company that built the plant.

This plant has irreversibly destroyed 13 cacti which were taking carbon out of the atmosphere and putting it in the sand – where it belongs. Instead of a few cactus, now we have all of you here breathing and stuff – which is bad – really, really bad.

When asked what humans should do, Mr. Gore responded, “Live naked in mud huts, of course – and eat rocks – because rocks don’t remove carbon from the atmosphere.” Joe Blow, president of PETR (people for the ethical treatment of rocks) could not be immediately reached for comment. 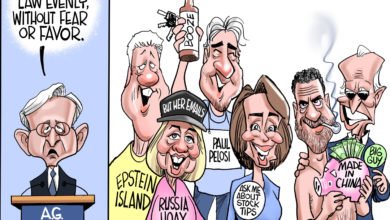