Ohio Governor John Kasich signed the new state law allowing people with CCP (concealed carry permit) to carry inside bars, malls and sporting venues. Lawmakers did put provisions in the law that the carrier may not be under the influence of drugs or consume alcohol while carrying their weapon.  Owners of such businesses can ban weapons on their property for safety reasons if need be.

The bill passed right down party lines, the Democrats in opposition of the bill of course.

The law also allows permit holders to carry their gun in the car without being holstered or cased.

I can understand the concerns that some have about mixing firearms and alcohol, but this bill restricts legal carry into these types of establishments to those who have a CCP. Someone who has earned their Concealed Carry Permit has already proven that he/she is proficient with a firearm and responsible with said firearm. Couple the skills test that is required with the background check that is performed and there should be no worries about this new law.

Personally I see eye to eye with Ted Nugent on the concealed carry issue (and most other issues as well). The Nuge stated a very good point in an interview with Texas Monthly,

“The second amendment of our Bill of Rights is my concealed weapons permit”.

The only reason that we need a Concealed Carry Permit or any other variation of firearm permit is because we have allowed the government to slowly take our freedom of the right to bear arms away from WE THE PEOPLE. Don’t get me wrong- I appreciate the few lawmakers that have been trying to give our rights back to us, but we shouldn’t have let our rights be stolen in the first place.

I consider it of no importance whether or not your views are pro-gun or anti-gun. The fact remains that we have had some of our RIGHTS stolen. Benjamin Franklin said:

“They who can give up essential liberty to obtain a little temporary safety deserve neither liberty nor safety”.

During WWII Japan would not even consider invading The United States because there would be “a gun behind every blade of grass”. Our right to bear arms saved us from being invaded because the Japanese knew that the citizens were armed, not just the military. Once we started being disarmed by the politicians we were attacked on our home soil. The attacks that we did encounter were not as great in number as our ally Israel, but it has cost us many American lives. September 11, 2001 was the attack that finally woke us up that we were not immune to hostile attacks on our own soil.

The more rights we give up in the name of security the closer we get to becoming slaves to either the government or an outside force that will eventually come to take our country from us.

For those of you that own firearms, train hard and well and teach those that do not know how.
Be good stewards of the right to bear arms, for we are the last line of defense against tyranny.

Support Conservative Daily News with a small donation via Paypal or credit card that will go towards supporting the news and commentary you've come to appreciate.
Tags
Ohio The Second Amendment 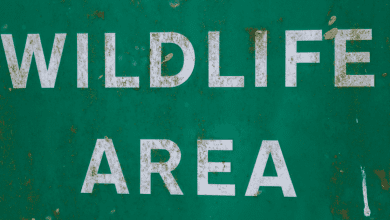