After sixty years of ministry, one of the most recognized Christian ministries is dropping Christ from their name.

Campus Crusade for Christ International announced that it will change the name of its U.S. Operations to “Cru” early next year.

“We felt like our name was getting in the way of accomplishing our mission.”

He added that the ministry will still be committed to “proclaiming Christ around the world.”

According to Mr. Sellers, researchers found that 9 percent of Christians and 20 percent of non-Christians were alienated by the name Campus Crusade for Christ.

In 1951, Bill and Vonette Bright founded the organization which has grown to a staff of 25,000 members in 191 countries. Bill Bright died in 2003, but Mrs. Bright posted a video online giving her support of the name change.

“When Bill Bright started the organization, he told his wife that someday they would have to change the name. As early as the late ’70s and ’80s he was looking at making the name change.”

Mr. Sellers said there are several reasons for the name change, one of which is overseas sensitivities, specifically to the word “crusade”

“Our name was becoming more and more of a hindrance. It’s reverted back to some of its meaning related to the Middle Ages – forcing Christianity on different parts of the world.”

That addresses one part of the name change, but what about the part where they remove the name of Christ from the organization name? The Campus Crusade for Christ website states:

“We were not trying to eliminate the word Christ from our name. We were looking for a name that would most effectively serve our mission and help us take the gospel to the world. Our mission has not changed. Cru enables us to have discussions about Christ with people who might initially be turned off by a more overtly Christian name. We believe that our interaction and our communication with the world will be what ultimately honors and glorifies Christ.”

But that decision has not set well with many evangelical Christians. Many Christians are standing up and voicing their disgust with the organization for giving in to political correctness.

But Mr. Sellers defends the removal of Christ’s name from the organizations name, and denied that they are giving in to political correctness, saying:

He also emphasized the fact that the mission of the organization has not changed, saying:

“Much like lots of brand names they don’t necessarily have meaning in and of themselves. It is a name we intend to give meaning so that when people hear it they know that it’s a caring group of Christians who are passionate about lifting up the name of Jesus.”

“…but whoever denies me before men, I also will deny before my Father who is in heaven.”

Mr. Sellers may be fooling himself, but he is not fooling God, nor anyone else who stands on the Word of God. Jesus made it very clear- if you deny me, I will deny you! A “caring group of Christians who are passionate about lifting up the name of Jesus” is what Mr. Sellers intends to portray with the new name, but the organization has taken out the name of the person he is supposedly passionate about lifting up.

“if we endure, we shall also reign with him; if we deny him, he also will deny us.”

Mr. Sellers and the organization would not endure. They gave in to political correctness whether they want to admit it or not.

“You will be hated by all for my name’s sake.”

Cru enables us to have discussions about Christ with people who might initially be turned off by a more overtly Christian name.

If someone is “turned off” by the name of Christ, the name Cru is not going to magically open their eyes to the grace and love of Christ. This explanation is an obvious attempt to appease, but does nothing more than show the true intent behind the name change. In Mr. Seller’s own words:

“Our name was becoming more and more of a hindrance.”

In Mr. Seller’s explanation, he says that the name “Crusade” reminds people of the Middle Ages when people were forced into the practices of Christianity. If that were true, they would have kept the name of Christ, and only dropped “Crusade” from the name.

“We believe that our interaction and our communication with the world will be what ultimately honors and glorifies Christ.”

The question that should be asked of Mr. Sellers is how can you glorify and honor Christ when you take His name out of your work?

Did A Democrat Rep Just Coin A New Gender-Neutral Term For Men Who Get A Woman Pregnant? 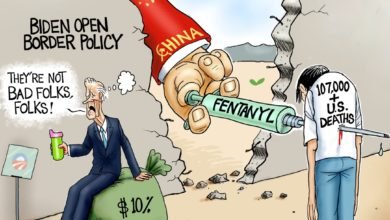