“As our enemies have found we can reason like men, so now let us show them we can fight like men also.”-Thomas Jefferson

We the American people were lucky enough to be blessed by God Almighty to be born in the greatest country ever formed. With guidance from Godly men this country was birthed on the principles that all men are created equal and that no man should be allowed to be a tyrant. We have been given a charge to protect and defend these rights even if it means bloodshed. Our forefathers made sure to write in our constitution the means of defending the founding principles. The Second Amendment gives us this RIGHT AND OBLIGATION.

“A well-regulated Militia, being necessary to the security of a free State, the right of the people to keep and bear Arms, shall not be infringed.”- 2nd Amendment of the UNITED STATES CONSTITUTION

Many have tried to take the word “Militia” and interpret that to mean that the government controlled military group are the ones that have the right to bear arms, not the common citizen. “The right of the people to keep and bear Arms” is the phrase they make sure not to talk about, for it is we the people that make up the militia that our founding fathers speak of.  The first line of the oath our military personnel take is, “I, _____, do solemnly swear (or affirm) that I will support and defend the Constitution of the United States against all enemies, foreign and domestic”. This puts the primary objective for the great men and women who serve our country to be the protection of the country and her people. “That I will bear true faith and allegiance to the same” reaffirms that the protection of the principles this country was founded on is their primary objective.  “And that I will obey the orders of the President of the United States and the orders of the officers appointed over me, according to regulations and the Uniform Code of Military Justice. So help me God.”  For those of you that have served, and some that have not, we know that there are provisions that entitle the removal of officers that do not uphold the oath.

I believe that every citizen should take the first two points of the Military Oath and actually act on it, first in the ballot box and physically if absolutely necessary. The reason the left wants to disarm us is so that we cannot fight the tyranny they want to impose on us. If we give up our right to bear arms we will become defenseless against tyranny.

“An army of principles can penetrate where an army of soldiers cannot.” -Thomas Paine

Thomas Paine was a true Patriot and wise man. He understood that the principles we live by is what will make us or break us. The principle of defending oneself and their beliefs and virtues is what built this great nation. Let us not destroy the great work that they achieved with our laziness and fear of being politically incorrect.

For those of you that own firearms, train hard and well and teach those that do not know how. Be good stewards of the right to bear arms, for we are the last line of defense against tyranny.

Support Conservative Daily News with a small donation via Paypal or credit card that will go towards supporting the news and commentary you've come to appreciate.
Tags
gun rights Politics The Second Amendment 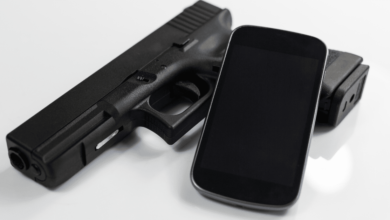 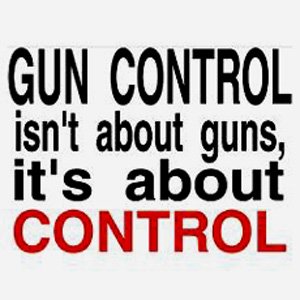