The Latest News about Income Tax

DCNF April 6, 2018 Comments Off on Republican Tax Reform Did Little To Solve US Progressive Tax System 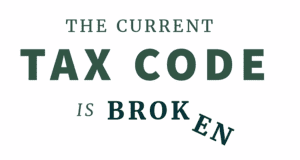 END_OF_DOCUMENT_TOKEN_TO_BE_REPLACED

If tax cuts are to raise revenues, broader culture of economic freedom is required

Katherine Revello May 29, 2017 Comments Off on If tax cuts are to raise revenues, broader culture of economic freedom is required

Among the favorite maxims of fiscal conservatives is the idea that tax cuts, not hikes, increase revenues. Inarguably, slashing personal income tax rates buoyed the size of the federal government’s coffers following the Mellon income tax cuts of the 1920s, the 1964 Revenue Act signed by President Kennedy and President Reagan’s reform measures in 1981 and 1986. The rationale behind ...

END_OF_DOCUMENT_TOKEN_TO_BE_REPLACED

Judging from Gov. Bob McDonnell preoccupation with liquids one would almost think he’s a naval man, rather than an Army reservist. First he tried to free demon rum from state control by privatizing Virginia’s liquor stores. ABC privatization was DOA even with a Republican House of Delegates for reasons outlined here. Now Gov Bob is intent on reinforcing failure with ...

END_OF_DOCUMENT_TOKEN_TO_BE_REPLACED

11 Deceptions About the Tax Debate

Below are the Whitehouse.gov’s “11 Facts About the Tax Debate.”  As usual, they are out of context, disproportioned, deceptive, and out right false briefing points.  Here are just a few reasons why they are nothing more than election year red herrings.  (A fitting expression for such socialist ideals.) WH.gov points are in italics. 1.     Nearly $1 Trillion would be ...

END_OF_DOCUMENT_TOKEN_TO_BE_REPLACED

This is the first of a 5 part series I am writing based on the book “The FAIRTAX: The Truth”. In the series I take a 300+ page book and condense it down to a virtual “cliff notes” version designed for the novice political reader. I designed the series for those who are not very knowledgeable about politics or the ...

END_OF_DOCUMENT_TOKEN_TO_BE_REPLACED

Jeremy Griffith August 4, 2011 Comments Off on Matt Damon Is Disgusted!

Matt Damon is “so disgusted” with the debt limit and says he doesn’t mind paying more taxes. Oh, what I would give to have a little look-see at his income taxes! I would be willing to bet he took as many write-offs as possible!

END_OF_DOCUMENT_TOKEN_TO_BE_REPLACED

Reminder: Tax Day is Tomorrow, A Trip Down “Memory Lane”

April 15th is our national tax day deadline. This is the day many hard working Americans will run around frantically trying to get the income tax statements mailed into the IRS by the stroke of midnight, lest the nasty collection agents and thuggish IRS bullies start threatening anyone who has missed this all important deadline. If you will notice in ...

END_OF_DOCUMENT_TOKEN_TO_BE_REPLACED

R. Mitchell July 17, 2010 Comments Off on Recent Legislation Allows Congress to Track You

The new paradigm in Congress: Pass legislation first, then figure out what’s in it.  We have certainly learned much about the worthless health care reform bill and now a real head scratcher.  Section 9006 of Obamacare amends section 6041 of the IRS code so that when you buy or sell more than $600 of anything, within a fiscal year, you have ...