The Latest News about Disney

Disney Threatened to Pull Out of Georgia Over Abortion Law, But Filmed In Region Where China Keeps Uighurs in Concentration Camps 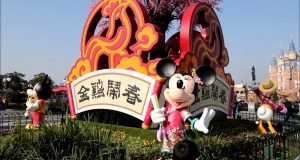 Disney is facing criticism for filming where China’s Uighurs are alleged being interned more than a year after CEO Bob Iger suggested the company might be forced to cut ties with Georgia after the state passed an anti-abortion law. In the credits for the live-action version of “Mulan,” Disney thanked Chinese agency called Turpan Municipal Bureau of Public Safety, which ...

END_OF_DOCUMENT_TOKEN_TO_BE_REPLACED

Disney+ Will Soon Be Available On Amazon Fire TV After Disputes: Report

Audrey Conklin November 8, 2019 Comments Off on Disney+ Will Soon Be Available On Amazon Fire TV After Disputes: Report 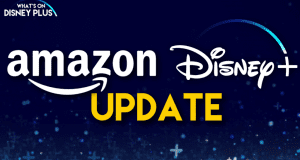 Amazon and Disney have reportedly joined forces to bring the Disney+ streaming service to Amazon Fire TV, Disney CEO Bob Iger announced Thursday. The partnership comes after Amazon and Disney had disputes over the summer regarding Amazon’s push for the right to buy ad space on Disney apps if it were featured on Fire TV, the second-largest TV streaming carrier ...

END_OF_DOCUMENT_TOKEN_TO_BE_REPLACED

Disney Threatens To Boycott Georgia But Partners With China, Which Puts Muslims In Internment Camps

Peter Hasson May 30, 2019 Comments Off on Disney Threatens To Boycott Georgia But Partners With China, Which Puts Muslims In Internment Camps

The Walt Disney Company is considering boycotting Georgia over its new abortion law, even as Disney profits from doing business in China, a notorious human rights violator that is putting Muslims in internment camps. Disney CEO Bob Iger told Reuters Thursday that the company is likely to cease filming in Georgia if the pro-life law takes effect. “I think many ...

END_OF_DOCUMENT_TOKEN_TO_BE_REPLACED

Hanna Heller December 19, 2017 Comments Off on Disney’s Nutcraker and the Four Realms has a dark side [trailer] 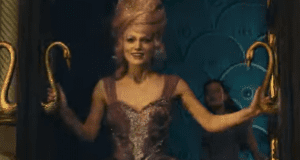 Disney’s first trailer for the upcoming theatrical release of The Nutcracker and the Four Realms hints at a dark side to the story we know. All Clara (Mackenzie Foy) wants is a key – a one-of-a-kind key that will unlock a box that holds a priceless gift from her late mother. A golden thread, presented to her at godfather Drosselmeyer’s (Morgan ...

END_OF_DOCUMENT_TOKEN_TO_BE_REPLACED 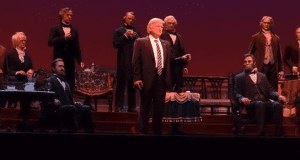 Watch the full speech from President Donald Trump in Audio-Animatronic form in the newly reopened Hall of Presidents at Walt Disney World.

END_OF_DOCUMENT_TOKEN_TO_BE_REPLACED

Hanna Heller March 18, 2017 Comments Off on Disney to Remake Many of its Animated Classics as Live-Action Features 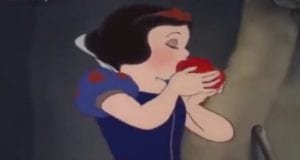 The recent remake of “Beauty and the Beast” is just the beginning. From “The Lion King” to “Aladdin” to “Snow White” and more, Disney is pulling in Hollywood heavyweights to direct live-action remakes of its animated hit movies.

END_OF_DOCUMENT_TOKEN_TO_BE_REPLACED 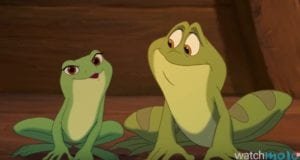 Disney, one of the largest and most successful movie studios in the world and is known for making blockbusters, and they flop and bomb and just make terribly bad movies. WatchMojo presents the Worst Disney Movies that completely flopped at the box office. But what will take the top spot on our list? John Carter, The Black Cauldron, or Mars ...

END_OF_DOCUMENT_TOKEN_TO_BE_REPLACED

The American Chamber of Commerce and many domestic employers are letting all Americans down and negatively impacting our economy by firing domestic employees and hiring foreign replacements. They threaten their own future profits and business prospects as well as the nation’s welfare. The misuse of the H-1B visa program and other failings has for some time been used to get ...