Sullivan highlighted the enormous price Russia is paying in weapons and equipment to sustain marginal progress in eastern Ukraine, depleting its vast stores of artillery, in a press briefing. He also addressed U.S. assistance to Ukraine and President Joe Biden’s upcoming visit to the Middle East.

“This is just one example of how Russia is looking to countries like Iran for capabilities that are also being used, I might add, or have been used before we got the ceasefire in place in Yemen, to attack Saudi Arabia,” said Sullivan.

Russia’s decision to purchase drones from Iran signifies it is desperate to restock munitions and has few international partners to turn to, U.S. officials told Politico.

“Our information further indicates that Iran is preparing to train Russian forces to use these UAVs with initial training sessions slated to begin as soon as early July,” said Sullivan.

He added that the U.S. did not know whether Iran had already transferred the Unmanned Aerial Vehicles (UAVs) to Russia at that time.

While training on foreign systems is always an issue with weapons transfers, Russian forces could adapt to the use of Iranian-made UAVs quickly, Michael Kofman, a research program director in the Russia Studies Program at the Center for Naval Analyses, told Politico.

“Russian forces have been losing reconnaissance drones in large numbers. Their own production capacity for armed drones is still nascent,” Kofman said. “They may be interested in Iranian loitering munitions or [combat drones]. This is one area where Iran may have more capacity.”

Russia and Iran have cooperated on matters in the past, including foiling U.S. attempts to renegotiate the Iranian nuclear deal over sanctions issues in March.

Iran and Russia have also signaled intentions to work together on energy and trade, according to Iran’s President Ebrahim Raisi. “We pursue relations with Russia within the framework of strategic relations,” Raisi said in a statement.

The U.S. and its Western allies have sent billions in weapons and ammunition to Ukraine, while it has used the notorious Turkish Bayraktar TB2 drones to destroy Russian vehicles, Forbes reported.

The White House, State Department and Iran’s Ministry of Foreign Affairs did not respond to the Daily Caller News Foundation’s request for comment.

Support Conservative Daily News with a small donation via Paypal or credit card that will go towards supporting the news and commentary you've come to appreciate.
Micaela BurrowJuly 12, 2022
0
Facebook Twitter Reddit Telegram Share via Email Print 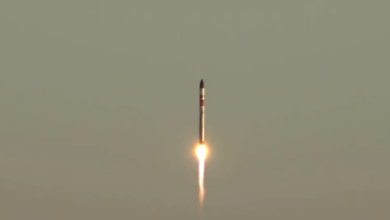