Cecilia Martinez, a member of the White House Council for Environmental Quality (CEQ), announced that she would resign Friday, nearly one year after accepting the role.

Martinez explained that she needed rest and wanted to spend more time with her family in an interview with the Associated Press. She was in charge of crafting the White House’s aggressive environmental justice policy which had been lauded by climate activists but criticized by Republicans and the fossil fuel industry.

“It was a hard decision,” Martinez told the AP.

Martinez previously served as the executive director of the Center for Earth, Energy and Democracy, and she was a professor at the University of Delaware. President Joe Biden selected her for the White House position shortly before taking office last year, The Washington Post reported at the time.

“From the campaign and the Presidential Transition to this critically-important first year of the Administration, Cecilia has been the heart, soul, and mind of the most ambitious environmental justice agenda ever adopted by a President,” CEQ Chair Brenda Mallory said in a statement, CNN reported.

In March 2021, Martinez and White House National Climate Adviser Gina McCarthy penned a letter to the environmental justice community, outlining how the Biden administration was committed to addressing a variety of issues.

“Black, brown, and Indigenous people across America face disproportionate health burdens from environmental pollution,” they wrote. “Too many communities sit in the crosshairs of climate change, facing increasing safety and health risks without the resources and support they need.”

Martinez wrote a separate letter in December, listing the administration’s successes under the so-called Justice40 initiative. The achievements included awarding funds to low-income communities for clean energy, giving prizes to organizations committed to the green transition and investing in energy storage.

“I’ve seen first-hand Cecilia’s passion and commitment to addressing environmental injustice, and am so proud of her service as the first-ever White House Senior Director for Environmental Justice,” Interior Secretary Deb Haaland told CNN in a statement. “The work she has accomplished will be foundational as we continue our efforts to center equity and inclusion as a cornerstone of this Administration.”

Biden’s decision to choose Martinez to lead environmental justice efforts at the White House was also applauded by climate groups.

“She has dedicated her life’s work to advancing equity and environmental justice and is exactly who we need at CEQ,” Earthjustice President Abigail Dillen said in a statement in January 2021, calling her a “superb choice.” 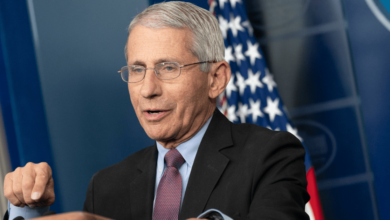