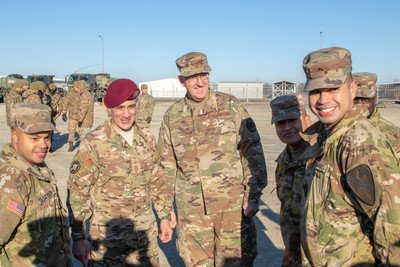 The Defense Department’s people will ultimately be the difference between the United States and any potential adversary, and Air Force Gen. John Hyten wants to ensure they have all the support they need.

The new vice chairman of the Joint Chiefs of Staff will use his position to highlight the role people play in all aspects of the department.

“I want to make sure that we maintain a focus on our people,” he said in his first interview in his new position. “And because of where we’re positioned as a joint staff, our job is almost always policy and military advice, recommendations, structure, making the department run — and it’s really easy to forget that it’s people that make everything happen,” he said.

“So, I’m going to make sure we make a focus of all the people issues that are out there,” he continued. “And there are many from housing, to suicide prevention, sexual assault prevention response, all those things that we’re actually not doing very well across the joint force. We haven’t been making improvements the way we should, and we sometimes, as a joint staff, don’t make enough time to deal with that.”

People will also be the competitive edge in the future as well, he said. The experiences of World War II, proved the need for land, sea and air domains worked together. The Army, Navy, Air Force and Marine Corps honored this more in the breach through Vietnam where the idea really began to take hold.

Today, every combat outpost in the world has a mix of service members forming a truly joint force, Hyten said.

“That’s been a passion of mine for pretty much most of my adult life,” the general said.

It is also a passion of Milley and previous chairmen, “because when we look at the problem, we realize that the integration of all the global capabilities that we have is going to be the thing that will set us apart from anybody in the world,” Hyten said. “And as you walk into theater over the last almost 20 years, you see the integration of air, land and sea; it really is seamless. We hardly even think about it anymore. It’s amazing. When I was young, it was a big fight, still.”

And now there are two more warfighting domains — cyber and space — that need to be considered. “The key is, everybody has to just think about integrating five domains now,” he said. “And, oh by the way, in order to win all those domains, you have to win the spectrum fight in all those domains at the same time.”

Integrating the new domains will be different because both affect almost everything in the three traditional warfighting domains, he said. “It shouldn’t be a problem integrating space and cyber, but we have to figure out the command relationships,” he said.

This has to include allies as well, Hyten said, and this presents a great opportunity. The U.S. military merged the three traditional domains alone. “When we started building command and control to integrate air, land and sea; we were late to the game with our allies,” he said. “Our biggest strength in the world is our allies and partners.”

The new domains allow the U.S. to bring allies in on the ground floor of the thinking, and that can only help, Hyten said.

“The best innovation comes from multiple minds looking at [processes] from different viewpoints,” he said. “That’s always the best environment for innovation, and that’s the strength of the United States and its allies.”

Giving service members the freedom to plan and think and innovate and suggest and execute is a combat multiplier of incredible potency, Hyten said. The ideas don’t come from the top, they come from the young people who actually perform the mission. Four-star leaders “don’t do the work,” he said. “We don’t do the missions. We don’t sail the ships, we don’t fly the planes, we don’t drive the tanks. Those are the responsibilities of much younger people, and that’s where the best ideas come from.”

Support Conservative Daily News with a small donation via Paypal or credit card that will go towards supporting the news and commentary you've come to appreciate.
Jim GaramoneJanuary 10, 2020
Facebook Twitter Reddit Telegram Share via Email Print 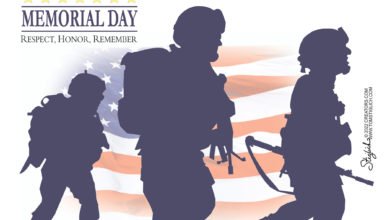