The children were dropped from the 18-foot wall, which was observed by a Yuma Sector camera operator.

The group of six from Guatemala was a family unit, including three children: a 2-year-old, a 7-year- old, and a 10-year-old.  All surrendered to U.S. Border Patrol agents who arrived on scene.  One child suffered a facial injury, and was treated by agents. All were taken into custody.

The section of the wall where this occurred is part of the 27 miles in Yuma Sector’s area of responsibility that has been selected and funded for replacement.

Federal law allows agents to charge individuals by complaint, a method that allows the filing of criminal activity charges without inferring guilt. An individual is presumed innocent unless and until competent evidence is presented to a jury that establishes guilt beyond a reasonable doubt. 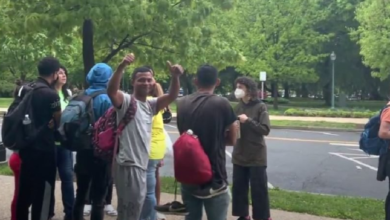