NEWARK, N.J. — A Mexican national in the country illegally, who has a prior conviction for sexual assault on a minor, is among 101 foreign nationals taken into custody during a five-day operation conducted by U.S. Immigration and Customs Enforcement (ICE) last week in New Jersey, targeting at-large criminal aliens, illegal re-entrants and other immigration violators. The operation was supported by ICE’s Homeland Security Investigations (HSI) and U.S. Customs and Border Protection’s (CBP) New Jersey Field Office. 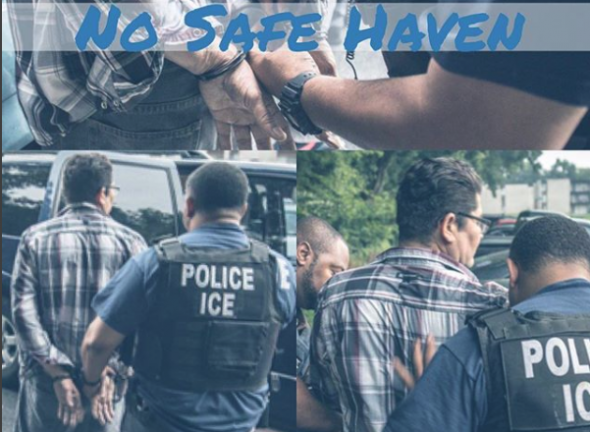 Of those arrested during the operation, which was spearheaded by ICE Enforcement and Removal Operations (ERO), 88 percent were convicted criminals and 80 percent of them had prior felony convictions.

The New Jersey enforcement effort comes days after the agency announced a 40 percent spike in administrative arrests nationwide over last year – 92 percent of which had a criminal conviction or a pending criminal charge, were an ICE fugitive, or were illegal re-entrants.

The continued results of our Fugitive Operations officers and their law enforcement partners underscore ICE’s ongoing and steady commitment to public safety,” said John Tsoukaris, field office director of ERO Newark. “As part of this operation, we continue focus on the arrest of individuals who are criminal and are a threat to public safety and national security. Because of the tireless efforts of these professional officers, there are 101 fewer criminals in our communities.”

“U.S. Customs and Border Protection is extremely proud to have assisted in this operation,” said Leon Hayward, acting director for the New York Field Office. “It is through collaborative efforts, such as the one leading to these arrests, that law enforcement agencies can combat illegal acts and apprehend criminals who pose a threat to the Homeland.”

Among those arrested during this operation include:

ICE deportation officers conduct targeted enforcement operations every day in locations around the country as part of the agency’s ongoing efforts to protect the nation, uphold public safety and protect the integrity of our immigration laws and border controls.

During targeted enforcement operations, ICE officers frequently encounter additional suspects who may be in the United States in violation of federal immigration laws. Those persons will be evaluated on a case by case basis and, when appropriate, arrested by ICE.

ICE continues to focus its enforcement resources on individuals who pose a threat to national security, public safety and border security. ICE conducts targeted immigration enforcement in compliance with federal law and agency policy. However, as ICE Acting Director Thomas Homan has made clear, ICE does not exempt classes or categories of removable aliens from potential enforcement. All of those in violation of the immigration laws may be subject to immigration arrest, detention and, if found removable by final order, removal from the United States.

Support Conservative Daily News with a small donation via Paypal or credit card that will go towards supporting the news and commentary you've come to appreciate.
Tags
U.S. Immigration and Customs Enforcement