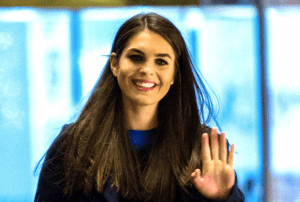 Hicks had been serving as the interim director after Anthony Scaramucci’s sudden departure in July.

Hope has been in Trump’s full-time employ since 2014 when she started working in PR for his real estate company.

In 2015, Trump asked Hicks to join his political team where she served as the director of strategic communications.

Support Conservative Daily News with a small donation via Paypal or credit card that will go towards supporting the news and commentary you've come to appreciate.
Tags
Hope Hicks Politics The White House Trump Administration