The newest National Weather Service forecast predicts a catastrophic track for Hurricane Irma which has led Florida, Georgia, and South Carolina to issue new evacuation orders for certain areas of those states.

This post is OUTDATED.  See all our latest Irma coverage HERE.

The national weather service is currently forecasting landfall in western Florida. Irma is forecast to first make land over Key West then head north-northwest. Irma is then forecast to make landfall on the southwestern coast of the mainland before tracking up the peninsula into Georgia, Alabama, and Tennessee. 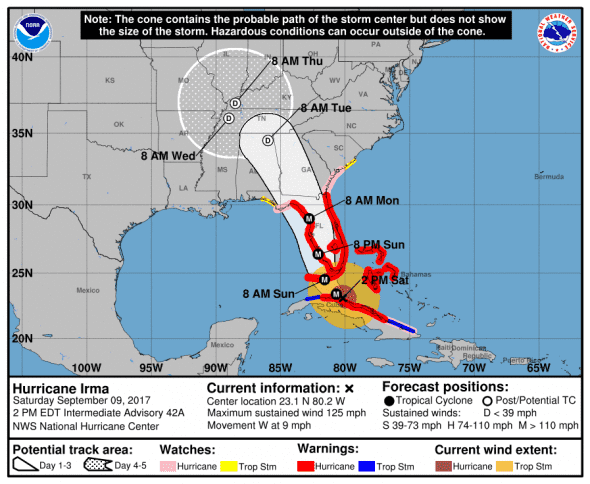 The latest satellite imagery shows the eye reforming as the storm moves away from the Cuban coast and into very warm waters where the storm is expected to strengthen before hitting the Florida Keys early Sunday.

The eye had become much less distinct when it passed over Cuba. 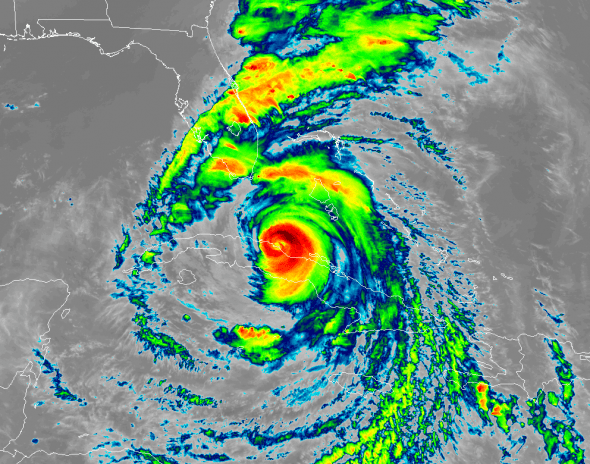 Irma is a strong category three storm and may re-strengthen over the next 24-36 hours as it moves into the Gulf of Mexico before making landfall in Florida. The storm is expected to change course to the northwest in the next few hours then 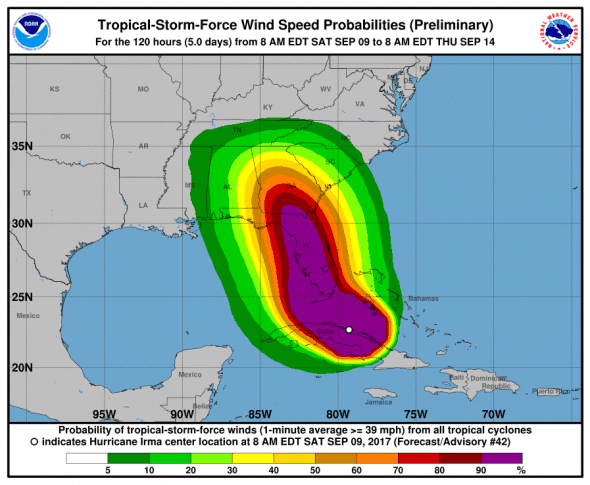 Computer models range from a southwestern Florida landfall to staying just off the coast until the panhandle. 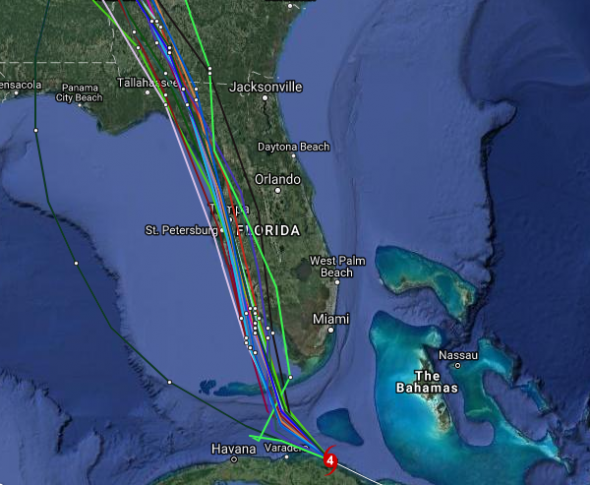 Early cycle model consensus forecasts that Irma will ride up the western side of Florida with landfall at Key West and again near South Venice. 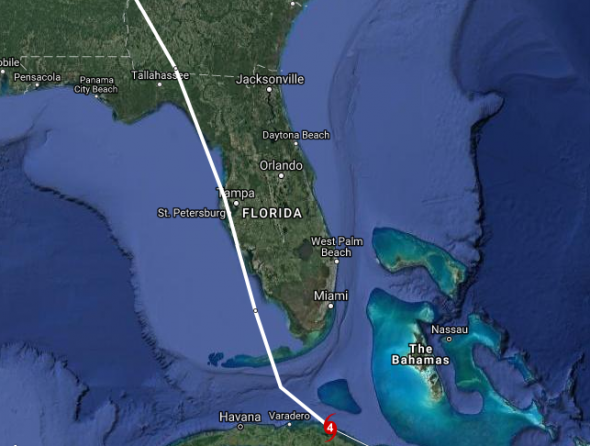 The late cycle model consensus forecasts a landfall in the Keys and again at Fort Myers Beach then riding up through the western side of the sunshine state. 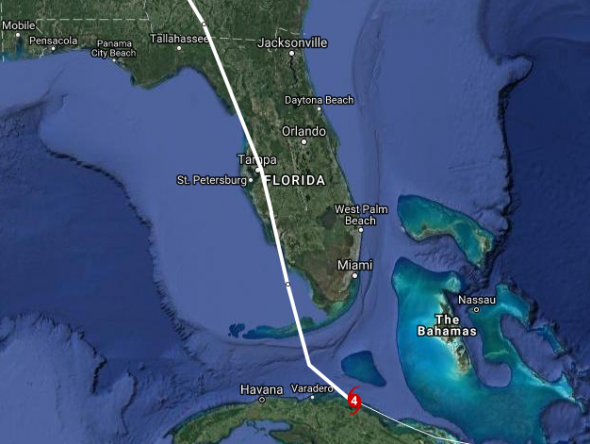 The intensity models show some strengthening as Irma leaves Cuba and approaches Florida.

The current U.S. portion of Irma’s track shows landfall over Key West, then again near Cape Coral and a track straight up the west side of the peninsula and through Georgia. 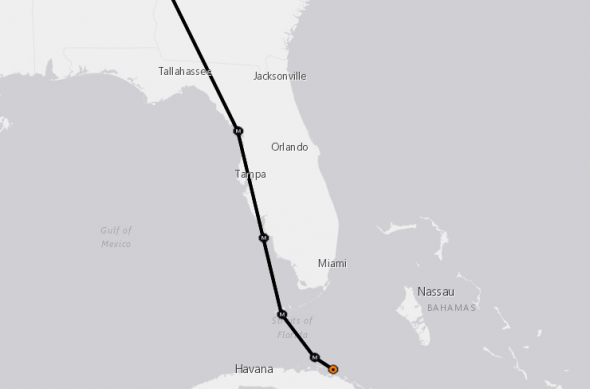 The National Weather Service forecasts a direct hit to the Florida Keys and southwest Florida. 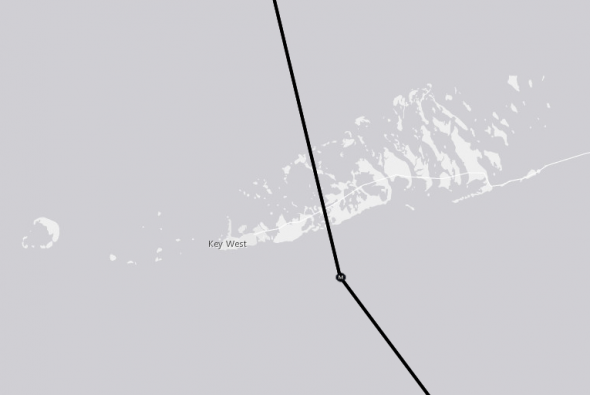 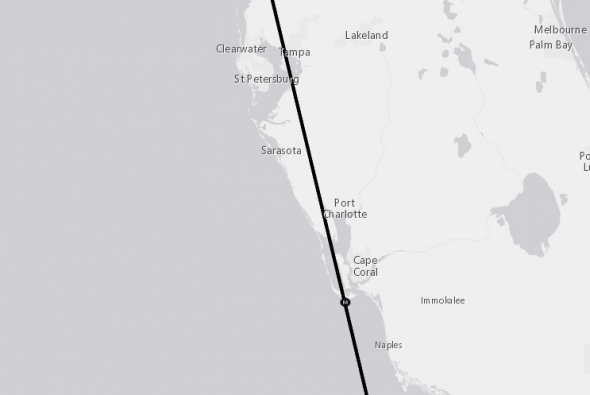 “Now is the time to prepare,” Gov. McMaster warned during a news conference at the S.C. Emergency Management Division headquarters on Wednesday. “When it’s too late, it’s too late and that’s when we have a lot sadness.”

* North of the Volusia/Brevard County line to the Isle of Palms, South Carolina
* North of the Suwanee River to Ochlockonee River 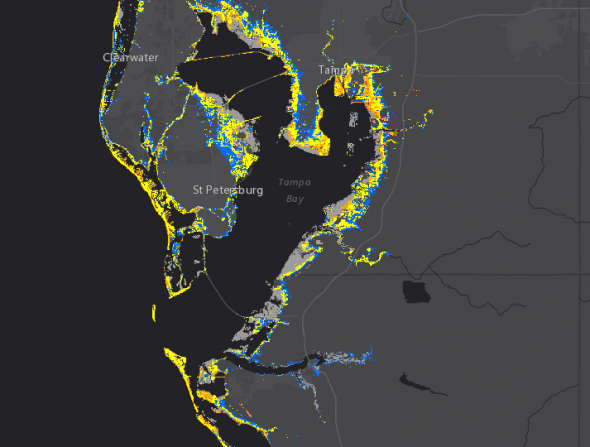 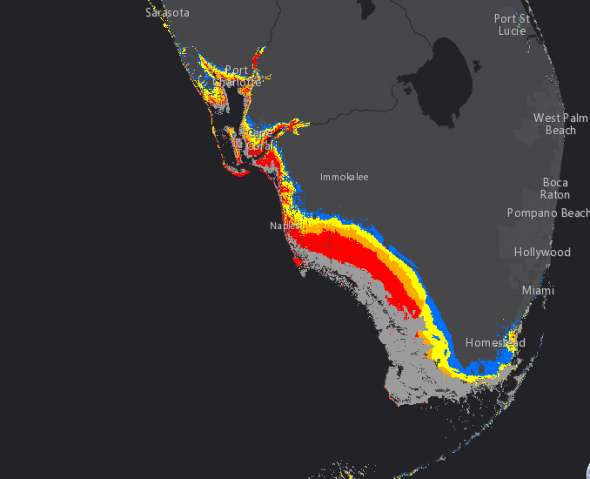 Hurricane and tropical storm conditions are possible within the watch area on Sunday.

SURF: Swells generated by Irma are affecting the southeastern Bahamas, the Turks and Caicos Islands and the southeast coast of the United States today. These swells are likely to cause life-threatening surf and rip current conditions. Please consult products from your local weather office.