In the left’s never ending quest to find everything racist, they have now hit a new low by calling the truth racist. I have watched with amazement while the left has called everything from white boards to white copy paper racist, from having a different opinion than the left to not voting for Barack Obama as racist.

At first, it used to make me laugh; now I just shake my head while saying “what a bunch of idiots.”

Out in California, (where else, right?) Bay Area Rapid Transit has experienced a wave of black teenage crime, a group of black teens has been robbing and terrorizing passengers, mostly at the Coliseum station in Oakland. Officials of California’s Bay Area Rapid Transit (BART) are now refusing to release surveillance videos of criminals assaulting passengers on its trains because they claim the media is exploiting the images for ratings, saying that they “create a racial bias.”

According to a report; “A woman had her phone snatched June 30 in a swarming attack by ‘about a dozen teenagers,’ (black) who got off the train at the Coliseum stop,” the report continued. “Two days before, four teens (black) took a cell phone from a passenger they attacked at the Dublin station. On April 22, 40–60 teens (black) boarded the train at the Coliseum station and robbed seven passengers and beat up two. Despite BART having installed surveillance cameras on all its train cars, it is refusing to release video of these attacks.”

A spokesman for BART said; “If we were to regularly feed the news media video of crimes on our system that involve minority suspects – particularly when they are minors – we would certainly face questions as to why we were sensationalizing relatively minor crimes and perpetuating false stereotypes in the process.”

So let me get this straight, robbing and beating up passengers is a minor crime to these people? Don’t they think by releasing the videos it might help to capture some of these criminals? It has gotten to the point where you can’t even mention a person’s race when describing a criminal. All the news media can say is that it was a man 6 feet tall with a red shirt and black pants. It might be easier to catch this person if we knew if he was white, black, Hispanic or whatever?

FBI reports that blacks make up approximately 12% of the US population while they commit 52% of crime. The FBI must be racist, how dare they tell the people the truth.

Reality and common sense is a thing of the past in this country, thank God President Donald Trump is starting to restore law and order. I long for the days when I could order a salami sandwich on white bread and not be called a racist. 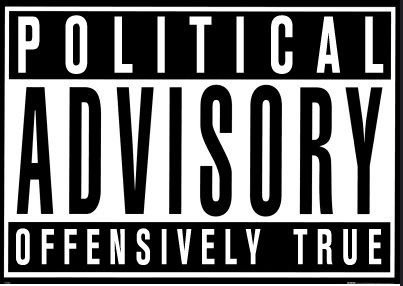 Support Conservative Daily News with a small donation via Paypal or credit card that will go towards supporting the news and commentary you've come to appreciate.
Tags
Barack Obama racism