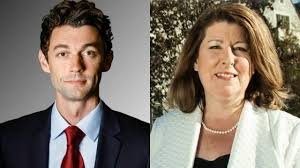 Democrats have flown in Hollywood celebrities and historic amounts of out-of-state money to prop-up their candidate and the latest polls show Karen Handel and Jon Ossoff tied for the sixth district’s House seat.

The question is will the big money, big donors and big special interests produce the win for Ostroff? Or will the people of Georgia’s 6th congressional district stand up and vote for someone who represents the everyday American: Karen Handel.

The media has gone from stating “this race means everything and is a referendum on the Trump Presidency to stating “why this race won’t change anything ” it seems as if the media is already preparing for a Handel victory.

In reality, Georgia’s special election is a referendum on Hillary Clinton-style campaigning – tons of California money, Hollywood elitist celebrities and outrage/identity politics. If the strategy works in Georgia, 2018 mid-term elections will be run the same way. Alternatively, a Jon Ossoff loss may force the DNC to look inwards, actually put together policies, cogent arguments and a platform their candidates can run on.

We will keep you updated throughout the day here at conservative daily news giving you the latest breaking developments out of Georgia! Stay tuned for updates.

Support Conservative Daily News with a small donation via Paypal or credit card that will go towards supporting the news and commentary you've come to appreciate.
Tags
Jon Ossoff Karen Handel Politics The Georgia Special Election