Ever since Donald Trump made the announcement that he was running for president the Hitler comments have been non-stop. Let’s face it; comparing someone to Hitler is probably the worst person anyone can be compared with. MSNBC’s Chris Matthews said that when Trump intoned “America first” during his inauguration speech, it had a “Hitlerian background to it,” what an idiot. I have always thought that America and Americans interest should always be put ahead of other nations; I guess I must be Hitleresque myself.

But who is more like Hitler, the Liberal-Progressives or Trump? All you have to do is look at these anti-Trump rallies. Hitler had a goon squad known as The Brown Shirts that he would send out and smash anyone that disagreed with him. Right after Hitler was appointed chancellor of Germany, he suppressed all political parties except the Nazis, that’s when the fun began.

Just look at the Left today, they are the true Nazis of this generation; the Democratic Party are the people we should be afraid of. Just look at colleges, free speech has been eliminated; students will not allow any viewpoint that differs from their own. Look what recently happened at Berkley, students destroyed property and refused to let someone speak just because it was a viewpoint that differed from their own. Who can forget when a Republican Party office in North Carolina was firebombed and a nearby building was scrawled with graffiti warning “Nazi Republicans” to “leave town or else,” Hitler’s Brown Shirts would be proud, as well as Hitler himself.

Little by little the Democratic Party is being taken over by the extreme Left; JFK would not recognize the Party he once headed. The Democratic Party that struck God from their platform. The same Party that wants open boarders, Socialized medicine, protecting illegal immigrants while ignoring the victims of these illegal’s. Recently when Donald Trump gave his address to congress, he was booed by the Dems when he said he was going to set-up a fund for the victims of illegal immigrant crime. Law and order would be non existent if it were up to the Dems, unless it was the Dems law.

There is no doubt that the Left wants to put America and Americans last, while Donald Trump wants to put them first. The Left lost the election that they thought was in the bag for Hillary, they underestimated the American people who rejected their far left policies. People with half a brain can see who is truly Hitler like and who the true Fascists are and it ain’t Donald Trump. 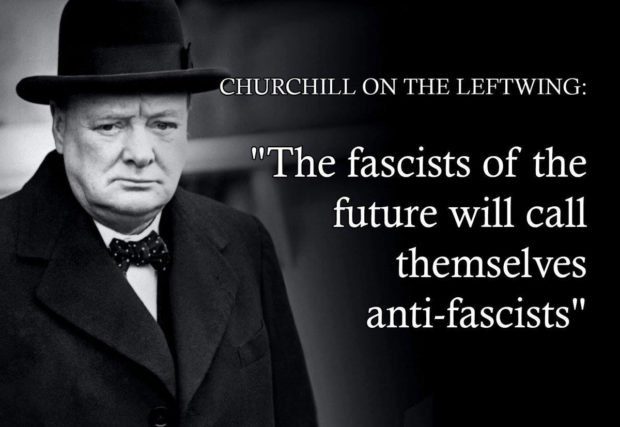 Support Conservative Daily News with a small donation via Paypal or credit card that will go towards supporting the news and commentary you've come to appreciate.
Tags
hitler Politics