I’m inundated with requests each election cycle on my voting rationale and suggestions. I’m always humbled and honored by such requests, and it’s a heavy burden. But since I approach governance, and politics in general, from a classical-liberal perspective, it’s a matter of logic based on our founding principles, and not based on mere opinion. 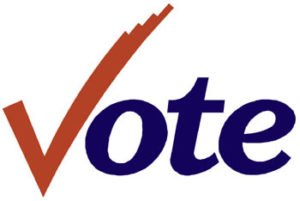 Every voter is different, has different priorities, and has different expectations of their elected officials. But when one’s starting point for voting rationale is based in constitutional precepts, the process is much more objective than it is subjective. This approach is invaluable, as it diminishes the possibility of specious “identity politics” or emotion-based electoral choices.

The Idaho ballot has not only the presidential, senatorial, congressional, and legislative candidates listed in descending order, but also has a couple of additional items that require somewhat isolated consideration. The first is a proposed amendment to the Idaho Constitution.

HJR 5 proposes to amend the Constitution by adding a new section. The title, as it appears on the ballot, states, “Proposing an amendment to Article III of the Constitution of the State of Idaho by the addition of a new Section 29 to provide that the Legislature may review, approve or reject any administrative rule to ensure it is consistent with legislative intent and to provide that legislative approval or rejection of a rule is not subject to gubernatorial veto.” 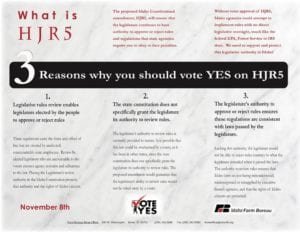 For those ensconced in our founding principles, this should be a foregone conclusion. The legislature has the constitutional authority, and mandate, to make laws, and the executive branch has the mandate to execute and enforce the laws created by the legislature. If the enforcement arm of government assumes some of the power to create or modify rules of legal statute, they are expropriating power reserved, constitutionally, for the legislative branch of government. When such blurring of the lines occurs, the potential for abuse is significantly augmented.

We see such abuse constantly at the federal level of government. The EPA, IRS, DOL, and the entire alphabet soup of government agencies, are constantly engaged in writing new rules at the bureaucratic level that have direct impact on each of us. In essence, their assumed power and authority to do so, is purloined from the legislative branch, which alone has the constitutional authority to create statute. If we had an HJR 5 equivalent at the federal level, much of what government does to impinge in individual liberty would be prevented.

Currently, the authority of the legislature to oversee bureaucratic rule-making is protected only by statute. That was nearly lost in a 1989 Idaho Supreme Court ruling by a 3-2 vote. One switched vote by a SC justice would have shifted the power from the decentralized legislative branch, to the executive branch. This is why it’s so crucial for HJR 5 to pass, amending the state Constitution so that some future court ruling cannot reverse this legislative review. From 1990-2014, only about 4.5% of bureaucratic rules have been reversed through legislative review.

Closely related to this issue, is the proposed election of an Idaho Supreme Court Justice to replace Justice Jim Jones. From my research, Curt McKenzie is most steeped in the strict constructionist interpretation of the Constitution. As a magna cum laude graduate of Georgetown University Law School, McKenzie has the requisite legal mind for the court, and as a strict constructionist, he has the principled conviction that the Idaho Constitution means what it says, not what his biases may incline him to want it to say. This is crucial in this era of jurists proactively ruling from the bench based not on constitutionality, but based on personal opinion, biases, and rationalization.

We have three federal races included on the Idaho ballot on Tuesday. At the top of the ticket, in spite of many reservations, conservatives logically must unite to focus on policy, rather than the subjective arguments most promulgated in the mainstream media. That would mean Trump over Clinton, or any third-party candidate who would splinter the conservative vote, which would enable a perpetuation of the divisive politics and destructive policies of the past seven years.

The same holds true for the other two federal posts; Senator Mike Crapo for Senate, and Representative Mike Simpson for the House. It’s imperative that a check against the expansive executive power of the past seven years be maintained, and curb the statist agenda of the left. If the House and Senate switch back to Democrat control, who knows what newfangled idiocy will be foisted again upon the country, (a la ObamaCare from Nancy Pelosi’s 110th Congress) to say nothing about the composition of the Supreme Court, and more erosion of individual freedom.

The rest of the Idaho ballot is easy to process, from a classical-liberal perspective. And frankly, that’s largely due to the Idaho Democrat Party. At their June convention, delegates passed a resolution stating, “Be it resolved we adopt in total Senator Bernie Sanders campaign platform for our legislators to work toward.” 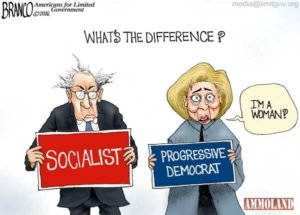 Idaho Democrats have attempted over the years to assure Idaho voters that the Gem State iteration of the party was different from the Left Coast, or East Coast varieties. That notion has now been officially rescinded by their whole-hearted embrace of the socialist precepts of Bernie Sanders, which are antithetical to our founding as a republic dedicated to life, liberty, and property. That makes the process of selecting state representatives, state senators, and county commissioners just that much easier, as I’ve seen no denunciation of the party platform by any local candidates. In other words, straight Republican ticket on all down-ballot races in the region is the only logical choice for those who value the principles America was founded upon!

Voting is both an obligation and a privilege in a representative democracy, and has a direct impact on what government does to protect or diminish our individual liberty. As such, especially for those of us steeped in the classical-liberal traditions of our founding, involvement in the electoral process should be mandatory if we’re to preserve the republic, and our quality of life in America.

Support Conservative Daily News with a small donation via Paypal or credit card that will go towards supporting the news and commentary you've come to appreciate.
Tags
2016 Election News HJR 5 Idaho Politics Politics