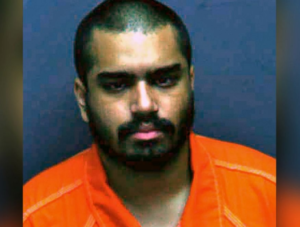 The FBI is investigating a knife attack in Virginia to see whether the assailant may have been trying to behead his victims and whether the attack was inspired by ISIS.

According to reports, Wasil Farooqui, 20, was charged with two counts of aggravated malicious wounding in an attack on Saturday that left two people seriously wounded.

According to ABC News, Farooqui had traveled to Turkey in the last year and may have tried to sneak into Syria to meet with ISIS militants.

The FBI is investigating the incident as a possible terrorism-related incident.

Farooqui allegedly attacked a man and woman  in Roanoke, according to WDBJ-7. Both victims were seriously injured in the attack.

Authorities believe he may have been trying to behead the male victim, who was likely picked at random

Support Conservative Daily News with a small donation via Paypal or credit card that will go towards supporting the news and commentary you've come to appreciate.
Tags
Radical Islam terrorism Wasil Farooqui