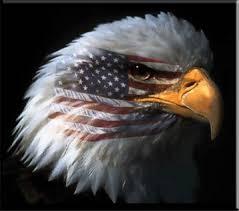 “ Uncle Sam put your name on the top of his list / The statue of liberty started shaking her fist /  And it’s going to be hell / when you hear Mother Freedom start ringing her bell / And it will feel like the whole wide world is raining down on you  / Brought to you courtesy of the red, white and blue”__Tobey Keith-(Courtesy of the Red, White and Blue, The Angry American Song.)

That’s what should have happened in Benghazi, but this wimpy anti-American administration with evil  political agendas like saving the president’s rear end, chose a different path and sacrificed the lives of four people.

Boehner has  appointed Rep. Tre Gowdy to head the investigative committee on Benghazi. Gowdy is an excellent  choice. He is a former prosecuter who never lost a case and is a very tough one to boot. He’ll get to the bottom of this and hopefully make people pay. Some senator is calling for the democrats to boycott the hearings. By boycotting the hearings that shows they are even more  guilty than ever. Just like Obama making a joke at the WHCD about the republicans will say Hillary was born in Kenya.That makes him look more  guilty to me about his real birth place. He’s not even a citizen because his mother never registered him when she brought him here after he was born.

Carl Bernstein says Benghaziis not as big as Watergate. WHAT???? What have you been smoking Carl???Bernstein is wrong on this. Benghazi is worse than Watergate because nobody died in Watergate. Benghazi was a deliberate cover-up to allow Obama to get in office in an election year since he said Al Queda was on the run and they weren’t. Four people were killed when troops could have been sent in to help them. They were only an hour away!!!  Instead they came up with this phony story about a You-tube video that hardly anyone saw and sent Susan Rice on five Sunday shows to perpetrate that lie and back it up. Obama ordered the director arrested and sent to jail for a year. Who told the troops to stand down? Where was Obama that night when the intelligence people were watching it unfold real time in the situation room of the White House? Obama lied and our ambassador and seals died………..In an article in the New Yorker Magazine, Obama biographer David Remick says Obama told him that the world disappoints him. What a narcissistic ego maniac. The world disappoints  him? I guess he does think he’s the messiah.  Also this biographer says a lot has been accomplished in spite of that. I say what has been accomplished?  Our credit rating  has  been dropped, we’ve fallen behind  China and other countries in our economy, one in three are unemployed, over 50 million people on food stamps, five million have lost their doctors and health insurance. Yeah I guess a lot has been accomplished.………………….Recently the faculty of Rutgers University disinvited Condaleeza Rice from appearing at their graduation commencement  and held demonstrations outside opposing her on grounds she supported the war in Iraq. I saw some of these kids being interviewed on FOX. I have never seen so much hate speech coming from people who are supposed to be opposed to hate speech. What did they do? Invite her so they could uninvite her and continue to blame Bush for Iraq? I would like to remind these brainless, brainwashed idiots that before blaming Bush for lying  about Sadam having WMD’s like they love to do, that Germany said he had them, France said he had them, Saudi Arabia said he had them, England said he had them, Iran said he had them so don’t go blaming Bush. We also found tons of cannisters of Serin gas  that Sadam used on his own people where he killed millions, but the media doesn’t report that and they don’t teach that in colleges today.  Condi was very gracious in her letter declining to come and showed real class. Something these kids could learn about. Condi is a brilliant women having been sec. of state under two presidents,holds a PhD. and President of Stanford Univ. She did it all on her own without affirmative action and without the help of the government like these kids today support. She is an excellent example of what these kids could do after they graduate. It was their loss. I would have loved to hear her speak.

Some of these students who were protesting were Iraqi female students in their head  scarfes protesting. One kid made some sense  by saying Condi should have come and just ignored the protests. That would have shown them up, but  I think she did the right  and gracious thing.  Yes they are as Rush would say, “Young skulls full of Mush.” …….And in closing I would like to mention these sentences to ponder a friend sent to me :

And here’s another one worth considering .

2.   Seems we constantly hear about how Social Security is going to run out of money.   How come we never hear about welfare or food stamps running out of money?  What’s interesting is the first group “worked for” their money, but the second didn’t.

Think about it….. Last but not least

3.   Why are we cutting benefits for our veterans, no pay raises for our military and cutting our army to a level lower than before WWII, but we are not stopping the payments to illegal aliens.  This is what illegals receive monthly, $1500.00 per child,  $500 for housing, Food Stamps, Free education including college and the right to vote.

toby keith courtesy of the red white and blue – YouTube

Obama Biographer: ‘The World Seems to Disappoint Him’