There was quite a bit to comment on concerning the State of the Union speech last night. His speech seemed to have far less to do with the current state of the union than with what the president believed about what needs to be done in the future. He was in such a state of alarm, it would seem, that he felt he must take more unilateral action to accomplish his goals. Nowhere was this more apparent than when he spoke about the state of the economy.

He spoke of all the things one would normally expect to hear, jobs, poverty, trade, manufacturing, technology and energy policy. He also spoke of two things we have come to associate with his regime in recent months, the so-called “problem” of income inequality, and the idea of raising the minimum wage.

I am no economist. My training and expertise is in science and religion. However, I am somewhat educated in economics under the tutelage of people like Smith, Hayak, Friedman and especially Walter Williams and Thomas Sowell. They have helped me considerably in the area of capitalism and free-market economics. You know, the kind we in the United States used to practice before the likes of FDR and most of the administrations that have followed.

I came to this conclusion a few years ago; our president operates outside the realm of logic especially concerning the economy. The statements he made during the State of the Union speech have solidified this conclusion. Obama’s economic theory is unworkable because it violates the laws of logic.

Of course, this doesn’t address another serious problem with an elevated minimum wage, the fact that it will increase rather than decrease unemployment. But that is for another article. Better yet, just find what Dr. Williams and Dr. Sowell have to say about it. Their explanation in this area would be far more informative and enlightening than mine. 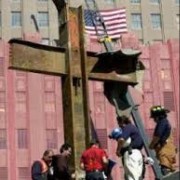