A former community organizer from Chicago, the president entered the Oval Office five-plus years ago, amid high hopes and promises of transparency. Critics warned not to expect anything of the kind, and to expect a velvet glove treatment if you were not counted among Obama’s close friends. Named the “Chicago Way” for a reason, operating only in a city, there is a reason it is not called, the “Way of the World”.

As the president and his lieutenants have so repeatedly illustrated, when a leader attempts to use a huge, overarching, government- and media-machine to nudge, cajole, and force results that they want, so long as the administration’s stories contain a modicum of believability, the media will push the narratives. Where Obama and others erred, was that they thought themselves to be above the fray. They would not have to actually do the dirty work, but they would surely benefit from others completing it.

Except the administration committed  a big no-no. They spied on their media friends. In a story that is still being worked out, the Justice Department intercepted two months’ worth of office, cell, and home phone communications of Associated Press reporters. The AP’s president and CEO, Gary Pruitt, went so far as questioning if the actions were not a violation of the press’ Constitutional rights.

The IRS, the supposed non-partisan tax processing and collection agency,utilized onerous and expanded questioning for conservative and Tea Party groups’ non-profit applications, and the agency may have actually delayed the applications’ approvals too. There are concerns that the IRS targeted Pro-Israel groups as well. While I hold the possibility of the narrative that some small-time, low-level, bureaucrats acted on their own, I also would not simply dismiss the charges that the impetus for the questioning and delays came from much higher-ranking officials. As many as 1/4 of select right-wing groups could have received this extra “attention”.

Adding to those crises, is the still-ongoing investigation into the Benghazi massacre. The administration calls the September 11 attack, terrorism – or not – and blames a video – or not – it seems even they cannot keep the current story straight. Secretary of State Hillary Clinton’s shrill reply before Congress, of, “At this point – what difference does it make?!” has already become a centerpiece of a conservative group’s advertisement.

A president who took for granted his ability to spin a yarn, and have it accepted by a mostly friendly press. So many rabid supporters, all seeking to earn recognition from a president who made crowds faint while he was campaigning in 2008. So many others who just wanted a little recognition, and who would do anything to get it – is this what that kind of false hero-worship delivers? A kind of desperate symbiotic relationship of the media and the left-wing? That is an easy claim to make, and comes with plenty of proof.

Do we find ourselves with an executive branch, run amok, ignored for too long by its chief? Are these issues of underlings, who were acting far above what their roles should allow? Or is it simple, gross, incompetence? 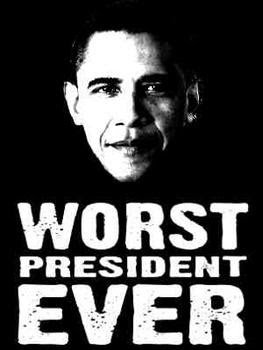 A few things are now apparent. The president who worried many on the right, due to his tendency to act first, worry about Constitutionality later, is still bound by that Constitution and the rule of law. His administration, even with five years of a complicit Fourth Estate, still cannot fully run roughshod over the nation. The “Chicago Way”? It cannot be run to its feared potential, outside of a city on Lake Michigan, where its corrupt roots run much deeper. The years of waste and graft have taken a dire effect on the entire state of Illinois, and Chicago is now a micro managed miasma.

Finally, any lingering thoughts that the Tea Party had run out of steam, that conservatism had become an anachronism – should be ignored. When shown its alternative, and the machinations necessary for an alternative to even resemble a functioning ideology, people, as we are beginning to see now, will react with disgust and disdain.

I'm a young guy from Ohio, and I'm driven by a concern and worry about the fallout of the arbitrary nature of our "leadership" in the government. I'm a concerned conservative, who is worried about the miserable and contrary rules that are issued from Washington. I wish more people would be far more weary of the destructive nature of government. I hope I ask questions that make you think, and get as nervous as we should be about the powers that be, in D.C.

Take me out to the ballgame?

Time to Defund the Educators