HOUSTON (FOX 26) –
A spokesman for the Houston Police Department reports that a firearm was discharged around 1:35 p.m. Thursday at Bush Intercontinental Airport.

A male who was near the ticket counter area of Terminal B suffered one gunshot wound and was taken to an area hospital with a life-threatening injury.

Houston police have not confirmed who fired the gunshot, whether it was self-inflicted or if anyone was taken into custody.

The elevator system was shut down in Terminal B.

And from Katie Pavlich, who was on the ground at the other terminal:

ABC-WLS-TV Chicago reports that the gunman is confirmed dead.

All reports indicate that a man armed with an AR-15 shot some rounds into the air before turning the gun on himself, shooting himself in the head. This was near a security checkpoint at the Bush Intercontinental Airport – Terminal B, in Houston, Texas. Some reports indicate that law enforcement is not looking for any other actors in this incident. The terminal has been locked down, and aircraft have been grounded.

This report will be updated as needed. 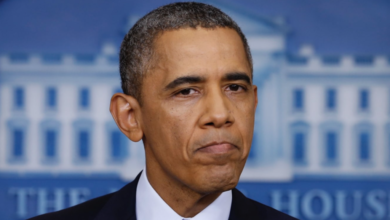 For Democrats, The Better Life Gets The More They Complain