There is a war on Christmas. No, really! Every year around September or October we start to hear about the Christmas (holiday) programs at our schools or the Christmas displays at our City Halls and Community Centers.

And EVERY year the “ANTI” Christ-anything people come out of the woodwork.

Recently the “Arkansas Society of Freestinkers”, sorry, I meant “Freethinkers” asked the Little Rock School District to cancel a school outing to a Charlie Brown Christmas play! REALLY? Why, you ask?

Reason one: There is a scripture reading about the story of Christmas, just like there is in the cartoon version that has been airing for 50 years and consistently pulls high ratings on TV.

Reason two: The play is held at a church. Why at a church? Well, it’s a very sinister reason. It’s the only facility for a play that could hold that many kids. Well, we can’t have that! And how many parents were up in arms over this field trip? Exactly ONE! YUP, just one.

A North Carolina College recently told a student group that they would not post notices about the group’s CHRISTmas tree sale. WHY? Because the college could not contribute in the promotion of a religion. Are you kidding?? No, it’s true! Since when is there a “CHRISTmas tree” religion? And who follows it? Tree huggers?

Actually, the “CHRISTmas” season is a mix of many religious, non-religious, and cultural beliefs including Pagan, Nordic, and German just to name a few.

So why is all this “ANTI” aimed at Christians? Why not the Muslims who celebrate Ramadan in this country and take time from work and school, or at the Jews during their high holy days, or even the  Atheists on April 1st… nevermind, scratch the last one.

And why is it that Democrats in power, Governors, Senators, and others want to call it the “Holiday Tree”? We can’t celebrate a Christian holiday in the public arena BUT most can take off the Christmas holiday and get paid for it or work it and get paid time and a half or double-time… REALLY?

Most Republicans, you know those Bible-thumping, gun-toting religious nuts, have no problem celebrating Christmas, Hanukkah, or any other religious or non-religious expression you might want to have.

Why is it the party of tolerance is mostly intolerant to those of us who want to express ourselves with our particular holiday celebration and the so called party of “NO” is more than willing to allow ALL people to celebrate their religious or non-religious celebration during the “holiday season”?

The so-called “party of the people” want to squelch the wishes of over 77% of the American people who say they have no problem calling it Christmas, the Christmas season or a Christmas tree, and the party of “NO” is willing to allow ALL people to celebrate as they see fit. Has there been a change in the dictionary, is it backwards day?

People, we have lost our minds. Live and let live is yesterday’s news. Respect for other people’s belief systems is almost completely gone. You better pay attention and SPEAK UP before it gets to the point where we’ll all have to read our Bibles, Korans, Torahs, or even Wall Street Journals in the closet with a flashlight!

Wishing you all a Merry Christmas! If you don’t celebrate Christmas, then Merry “Whatever” to you, and if you are offended, so be it! 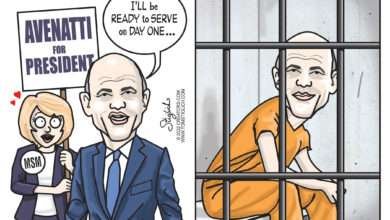 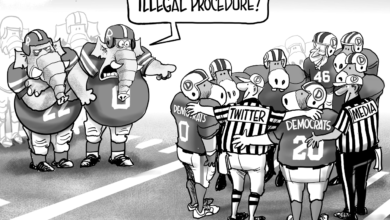