The subject documents, which have been publicly available through the Congressional Budget Office’s (CBO) website, like, forever, show that the federal government’s financial outlook has been Wile E. Coyote-ing over a “fiscal abyss” long before President Obama was re-elected on November 6th, 2012.

Jay Carney, White House Press Secretary and communications director for the Guild of Mainstream Media Outlets, explained during a November 14th press conference, “We are facing an unprecedented fiscal state of affairs and the President is ready to address this very important issue. We applaud the media for bringing the issue into Americans’ homes.”

In response to an inquiry from a reporter with The Laissez Faire regarding the timing of media’s coordinated announcement of the newly discovered “fiscal cliff,” Carney responded by growing a mischievous smirk, covering his mouth with both hands, and squeaking “Tee-Hee, Tee-Hee!” before gleefully frolicking off the press stage.

The looming “fiscal cliff” refers to the short-term projected economic impact of 1) allowing the Bush-era tax cuts and payroll tax cuts to expire and 2) the imposition of automatic spending cuts under the Budget Control Act of 2011 (i.e., the “sequestration” cuts that trim federal spending across the board resulting from an indecisive super-committee), both set to occur on January 1st, 2013, which the CBO predicts would result in a short-term drop of 0.5% in gross domestic product and an increase in unemployment to 9.1% by the end of 2013.

However, reasonable economists across the country warn that the long-term federal budget outlook is far more dire than both CBO budget projections and the short-term impacts of the media’s newly discovered “fiscal cliff” might suggest.

A group of renowned economists have expressed greater concern over a longer-term “fiscal abyss” in a recent white paper titled, “Holy Shit! Federal Government owes Nearly $100 Trillion!” The white paper cites a study by the non-partisan National Center for Policy Analysis which calculates an estimated $84 Trillion of unfunded federal liabilities (the study notes the $84 Trillion is a “conservative estimate”), a dismal outlook that far dwarfs the media’s conveniently timed announcement of the headline-hoarding “fiscal cliff.”

R. Runner, Ph.D,  a senior research fellow at the Acme Institute of Super Obvious Studies, explained that the federal government “…simply makes too many promises that it can’t keep in the interest of political expediency; many of which are far contrary to the principles and ideas transcribed in the documents that founded this great country. And quite frankly,” he added, “their actions are immoral.”

In a technicolorful analogy, Dr. Runner further noted that, “We’re not looking out toward some distant ‘fiscal cliff,’ or ‘fiscal abyss,’ whatever you want to call it. We’re beyond the land’s edge of any metaphorical ‘cliff.’ Much like the laws of physics would wait for Wile E. Coyote to process the fact that his chase led him over the edge of a canyon before applying the force of gravity, we’re now beginning to process the fact that the government’s promises are unsustainable and soon, like the ill-fated cartoon coyote, the laws of economics will catch up to us sending our economy plummeting to the bottom of our own fiscal canyon if drastic cuts in spending and vast reductions in scope of government do not happen soon.”

Despite the media’s paltry attempt to bring relevant economic information to the citizens’ attention (coincidentally at the heels of a major presidential election), they failed to discuss the dismal long-term outlook beyond the impending ‘fiscal cliff.’ They further failed to discuss the implications of an ever-growing federal government made up of elected (and unelected) officials who continue to make short-term promises for political gains, meanwhile bludgeoning the principles of individual rights into a gory pulp of federally-mandated collectivism whose end game will necessarily be a two-class society: the underclass, and the political class.

Support Conservative Daily News with a small donation via Paypal or credit card that will go towards supporting the news and commentary you've come to appreciate.
Tags
fiscal cliff Humor/Satire Politics satire the economy 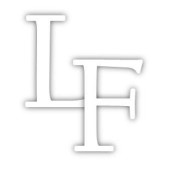