On Tuesday, a tape was released from the 2007 primary season in which then, Sen. Barack Obama gave a very impassioned, somewhat eloquent and, I’ll say it, downright racist speech to a black clergy. The tone of the speech was, by many people’s standards, racially divisive and fraught with half-truths and flat out lies. To the group that was being addressed, and perhaps even to Obama himself, the words rang true and spoke volumes to the injustice that is America today. In the responses to this speech, both then and now, we see a disconnect. Through that disconnect we find the evidence that we truly do not live in a post-racial America.

President Obama is the first to claim that he seeks equality for all Americans. It his been his mantra since he catapulted onto the national stage. Despite often being referred to as the “post-racial” President, his actions have spoken louder than his words. His support of policies that encourage racial preference has been public from the beginning. However, many have still been to deaf to it.

I know people on both sides of the aisle will cry foul over what I have to say next but I believe it needs to be said.

When a man of mixed heritage, who has created a platform of standing for all Americans cannot truly even bridge the gap within himself, let alone society; I think it’s fair to say that, perhaps, he is not alone.

I was raised primarily in a “white” middle class neighborhood and at 18 I moved to an even “whiter” town, boasting a 97% Caucasian population, which my(white) boyfriend at the time was often eager to remind me. At 22, I moved to the Bronx. At 24, to southern Florida. As a black woman, I have been privy—and subject—to the conversations of America’s racial extremes.

From the conversations we have when we think no one else is listening, I can tell you one thing.

When the national narrative comes literally down to a case of black vs white as if there is no one else in between, I can tell you one thing.

And from the fact that we are not comfortable enough to make this an open dialogue as opposed to lobbing attacks from one side to the other, I can tell you one thing.

I can say this with optimism because, while I’m not saying it’s a good thing, I am saying it’s ok. Don’t get me wrong, racism is not now nor will it ever be ok but the way that we react to it today as opposed to yesterday and the way we will react to it tomorrow as opposed to today, is. We are still a young nation that has achieved a lot in a short amount of time but we’re obviously not there yet. We still have a lot of growing to do. However, considering the place that we were not 60 years ago, during the lifetime of many who are still among us today, we have come a long way.

There is a disconnect in this nation where we are seeing two different “truths.” There are those among us who claim racism at the release of a video that the American people deserve to see, those who insist Republicans are against black people for wanting to do away with welfare and social programs or those who call Mitt Romney a racist with no proof of his ever committing a racist act. It is those who are moving racism forward in this nation. Race baiting, perpetuating racial stereotypes and pulling the race card around every corner will not get us where we need to be. We need to understand where our country is now and continue to work to move it forward(but not Obama’s kind of forward). We need to not be caught up in claiming every person who does not support Barack Obama is a racist or an Uncle Tom. Most importantly, we need to open up a national dialogue and stop whispering in corners, or preaching to the black clergy, when we think no one else is listening.

Support Conservative Daily News with a small donation via Paypal or credit card that will go towards supporting the news and commentary you've come to appreciate.
Tags
Barack Obama Politics racism 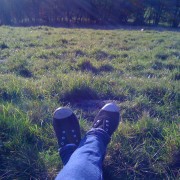